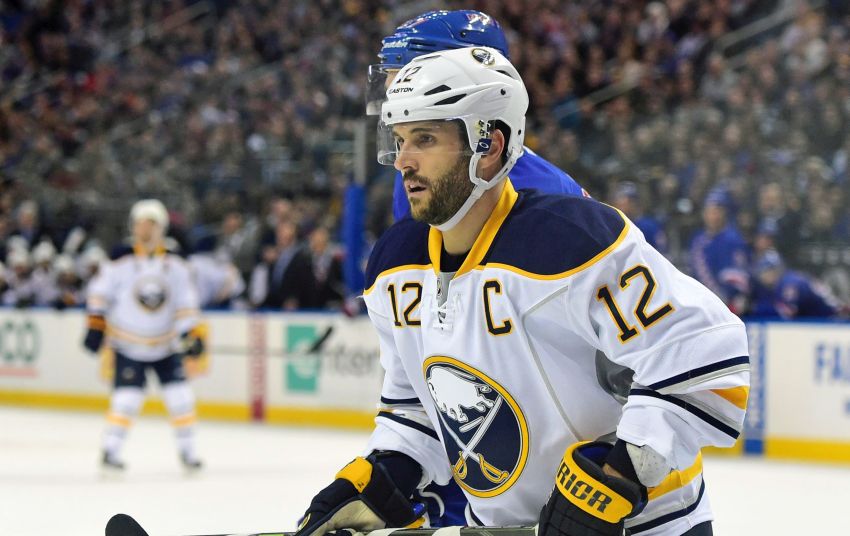 TORONTO – If you passed on viewing a meaningless late-season tilt between the Buffalo Sabres and Maple Leafs and opted to watch some college basketball or, well, do anything else Saturday night, you probably made a wise decision.

In a downright wretched effort, the Sabres meekly fell 4-1 to the NHL’s worst team, imploding late inside the Air Canada Centre after starting the third period tied at 1.

Against a lineup more suited to the AHL – the rebuilding Leafs dressed seven rookies and a cast of unknowns – the Sabres generated little offense, sprinkling only three shots on goal during the first period.

“We just didn’t have that jump we needed to compete,” said Sabres goalie Chad Johnson, who made 27 saves.

Leafs rookie Connor Carrick scored the winner 6:56 into the third period. Then Martin Marincin and Milan Michalek added insurance goals before the crowd of 18,829 fans.

“They got the lead and it seemed like we just kind of (went), ‘OK, here we go,’” Foligno said.

Despite their seventh-place standing in the Atlantic Division, the Sabres have been a competitive team all season. What the heck happened Saturday?

The Leafs, who have a slew of youngsters fighting for jobs, have morphed into a competitive group without many veterans. Still, Foligno refused to give them credit.

“We just needed smarter work ethic,” he said. “We had guys skating, but the forecheck wasn’t there. There was nothing we could establish. If it was good on them, we could’ve said we got beat by a better team. But it’s not the case in this one. We beat ourselves up, just throwing away pucks and not battling hard enough.”

Sabres captain Brian Gionta opened the scoring 4:31 into the game, the one time during the first period they generated a strong forecheck thanks to Johan Larsson, Bylsma said.

“We had the lead but (I) didn’t think we had the play,” Bylsma said. “They carried the play, they came at us with speed pretty much throughout the game.”

The Sabres went the final 13 minutes of the first without a shot.

Leafs rookie William Nylander tied it 14:55 into the second period.

Buffalo played without slick rookie Jack Eichel, who has the flu.

“It’s not why we got out-competed today,” Bylsma said about the center’s absence.

One thought on “Sabres give poor effort in loss to Leafs”