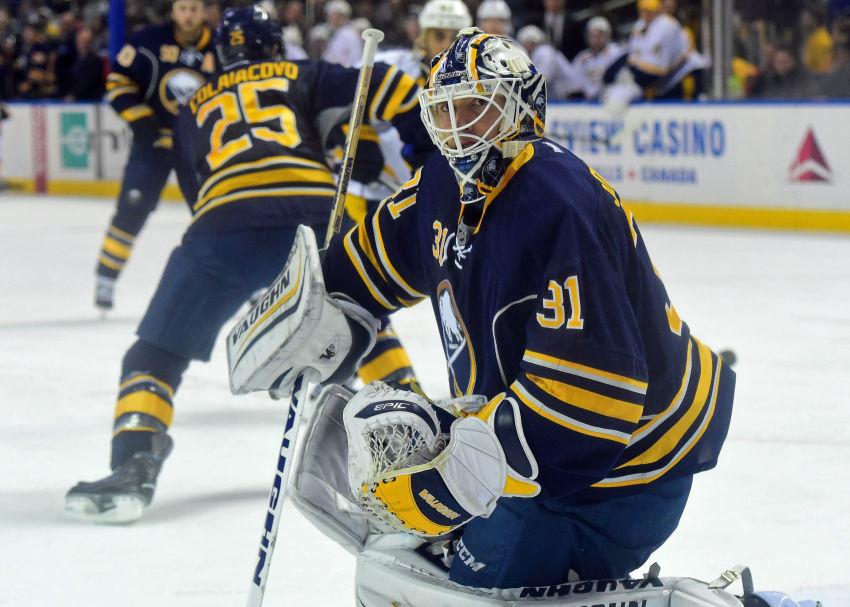 BUFFALO – The Arizona Coyotes, of course, hardly register on the radar around here. As one of the NHL’s perennial dregs, they usually rank among the league’s most irrelevant teams.

But that’s starting to change this season, as two talented rookie forwards – Max Domi and Anthony Duclair – have helped a team many pegged for a lottery pick race out to a 13-11-1 start.

“We don’t see Arizona all that often, but it’s hard not to notice them this year,” Sabres coach Dan Bylsma said this morning after the Sabres prepared for the Coyotes. “Their top two lines have got 18 and 25 goals, respectively.”

The Coyotes have struggled recently, however, getting outscored 10-3 in two straight losses, including a 5-1 setback Thursday in Detroit.

In other news, Sabres goalie Chad Johnson, who went 3-1-1 with a 1.28 goals-against average and a .954 save percentage in November, will start tonight after a one-game break. The rest of the lineup will stay the same.

Bylsma said forward Tim Schaller was sent down Thursday so he could play tonight in Rochester. The Sabres plan to recall a forward before they leave for a three-game road trip Saturday.