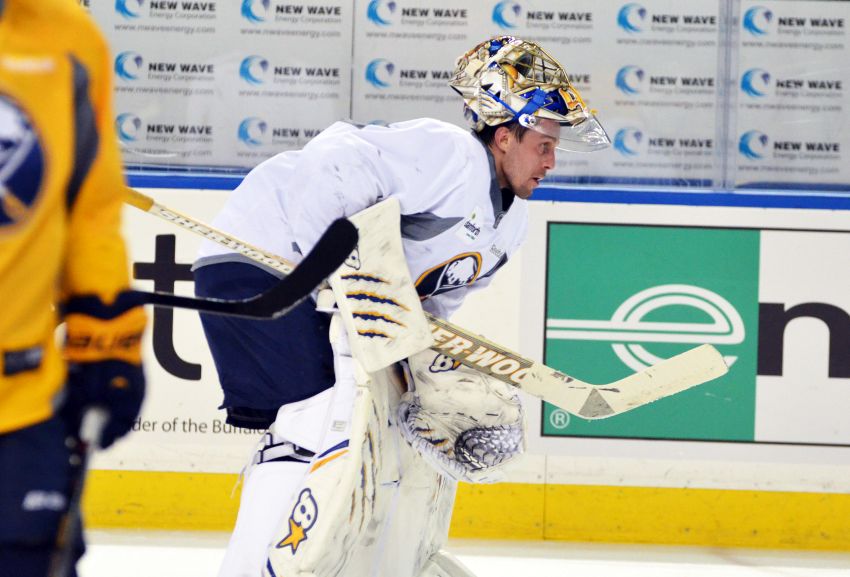 BUFFALO – Since creeping to within four points of the final playoff spot Dec. 15, the Sabres have lost four straight games, earning just a single point for Sunday’s 4-3 overtime loss in Boston.

Are the Sabres swooning again? Opponents have scored a whopping 20 goals during their skid.

Or is this just a normal part of a young club’s growth? A team battered by injuries and illness had the lead in two straight road games earlier this week before imploding late.

The Sabres have a stiff challenge tonight inside the First Niagara Center to avoid losing their fifth straight contest for the second time this season. The New York Islanders, one of the NHL’s stumblebum franchises for years, have suddenly become a heavyweight.

The Isles have a league-high 23 wins and rank second in the Metropolitan Division behind Pittsburgh with 46 points.

Maybe these are your father’s Isles. They haven’t been this good since their dynasty days of the 1980s.

Best start ever: The Isles, led by superstar John Tavares, set a franchise record by winning 22 of their first 33 games. They already have 13 home wins, as many as last season. They were recently 13 games over .500 for the first time since the end of 2001-02.

The Sabres received the Isles’ 2015 first-round pick as part of the Thomas Vanek trade last year. After their dreadful finish last season, many Sabres fans thought that draft choice could be a lottery selection. Now, it’s more likely the pick will be somewhere in the 20s.

Former Sabres goalie buoying Isles: Yes, Jaroslav Halak was Sabres property for five days last winter. The 29-year-old Slovak dressed for one game after they acquired him from St. Louis on Feb. 28. The Sabres then dealt Halak to Washington hours before the March 5 trade deadline.

Halak has become a top netminder this season, posting some of the league’s best numbers: 18-6 with a 2.24 goals-against average and .919 save percentage. He won a franchise-record 11 straight games earlier this season.

Sabres should have healthier lineup tonight: The Sabres had 10 players sidelined Sunday and eight for Tuesday’s 6-3 loss in Detroit, a game in which they had a 3-1 second-period lead.

Even if winger Matt Moulson (sick, three games) is feeling better, it’s possible he would need some practice time before he plays.

The Sabres sent four youngsters back to the AHL on Wednesday: forwards Joel Armia, Mikhail Grigorenko and Tim Schaller and defenseman Mark Pysyk.

Eric Boulton still in NHL: Boulton, a 38-year-old former Sabres tough guy, has played four games with the Isles this season. The winger recently returned from an injury. Boulton last played for the Sabres in 2003-04.

The Isles recently waived Canisius College product Cory Conacher, who played 19 games with the Sabres last season. The winger had only one goal and three points in 15 NHL appearances this season. He’s now with AHL Bridgeport.