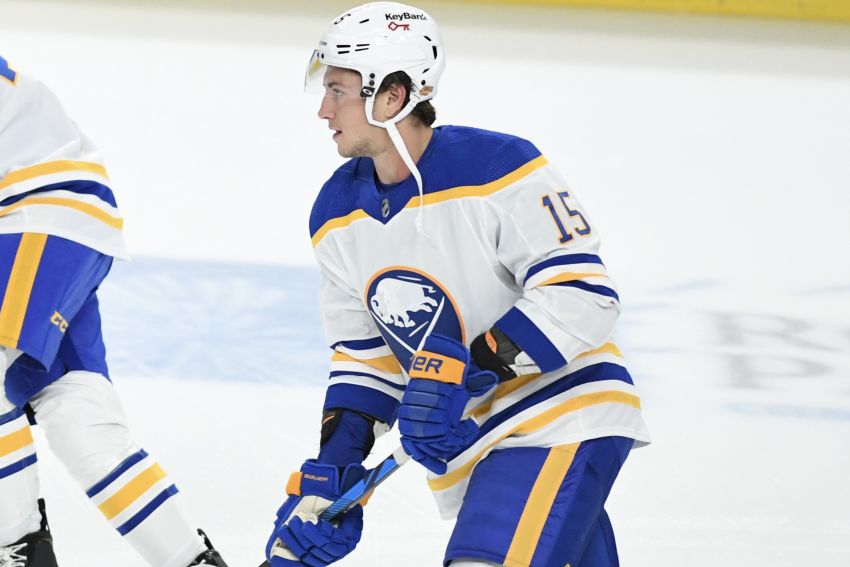 During the Sabres’ 3-0 start, Hayden, 26, has served as the extra forward, quietly preparing for an opportunity coach Don Granato said would come.

With center Cody Eakin injured, Hayden will be making his season debut tonight against the Boston Bruins at KeyBank Center.

“I’ve been around a lot of good pros and good coaches so it’s pretty clear to stay at this level you have to be ready and take advantage of opportunities,” Hayden said this morning.

Hayden has been skating at right wing beside center Arttu Ruotsalainen and Drake Caggiula on what is probably the Sabres’ fourth line.

“He’s a different type of player than a lot of the other players we have in the lineup,” Granato said. “He’s a bigger, grittier, stronger, different presence.”

Over the opening week, Hayden said he has seen intangibles winger Kyle Okposo and the other veteran possess “go a long way behind the scenes.”

“It translates,” said Hayden, who signed a one-year contract to join the Sabres, his fourth NHL team. “It’s pretty clear that the guys are having a ton of fun and feeding off the crowd. I know it’s early in the season, but a lot of positive signs.”

In other news, defenseman Mattias Samuelsson, out with a lower-body injury since blocking a shot Sept. 17, skated with teammates again this morning.

Samuelsson, 21, has been skating on his own for a week. Granato said the American won’t travel to New Jersey with the Sabres for Saturday’s game against the Devils.

Check back later for a full story on Samuelsson.

In lineup news, goalie Craig Anderson will be starting again, his third nod this season.