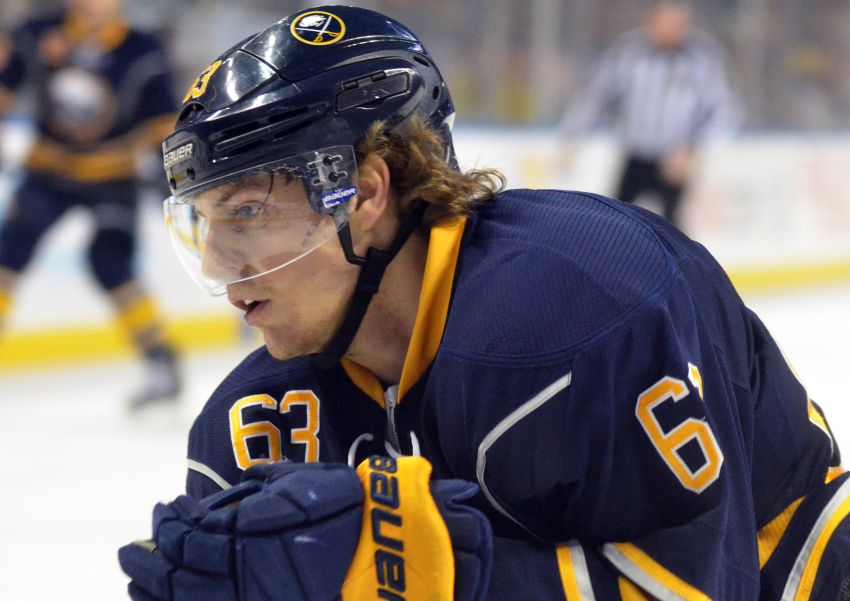 BUFFALO – Make no mistake, Tyler Ennis enjoys being a left winger. The slick youngster skated there for parts of three seasons, including his entire 20-goal rookie campaign. If the Sabres possessed more scoring depth down the middle, then Ennis might’ve never switched to center.

Changing positions ignited the speedy Ennis late last season. With more room to maneuver, the 23-year-old racked up eight goals and 19 points over a rollicking 12-game stretch, ending a season-long slump. Thirty goals and 70 or 80 points during a full season seemed reasonable someday.

But today, fresh off a seven-game point drought and the worst performance of his 182-game NHL career last Tuesday in Winnipeg, Ennis, whose Sabres will likely miss the playoffs a second straight season, is playing wing again.

“I think the only thing disappointing about it, obviously we haven’t been successful enough in order for a change like that to be made,” Ennis said Sunday after scoring his first goal in 12 games in the Sabres’ 3-1 win over Tampa Bay. “I’m comfortable in both positions. I like the wing. I like center. I like both.

The slump, one game short of his longest ever, hits its nadir against the Jets, when Ennis was a wretched minus-4 in the Sabres’ 4-1 loss.

“I thought I worked hard in that game and some things didn’t go right,” Ennis said. “Those games are going to happen unfortunately. It was kind of a nightmare, minus-4, something that can’t happen. But it did. It’s something you got to look at and bounce back from and do everything you can to not let it happen again.”

In Thursday’s 5-1 loss to Montreal, Ennis skated a season-low 14:02. Interim Sabres coach Ron Rolston put him back on the wing Saturday beside the center Cody Hodgson and Thomas Vanek.

“I understood,” Ennis said. “Sometimes you need to make some changes to spark some offense.”

Ennis scored his first goal since March 21 on Sunday, a power-play tally 4:09 into the game.

Prior to Sunday’s win, Rolston said Ennis had been attacking the net and using his speed, “doing some real great things” lately.

“But it’s just mostly for him getting his feet moving, because when he’s skating, he’s one of the toughest guys in the league to handle because he’s quick and he uses his edges and he darts in and out,” Rolston said. “He’s just every night got to concentrate on making things happen out there.”

Ennis hasn’t made much happen recently, though. Consistency, one of the hallmarks of his game, has disappeared.

Now, “when it’s not going,” Ennis said, he can try to feed Vanek, the Sabres’ leading scorer.

“He’s an amazing player,” Ennis said. “If I can get it to him and just go to the net, good things could happen.”

The Sabres, scheduled to play Wednesday in Boston against the Bruins, had Monday off.