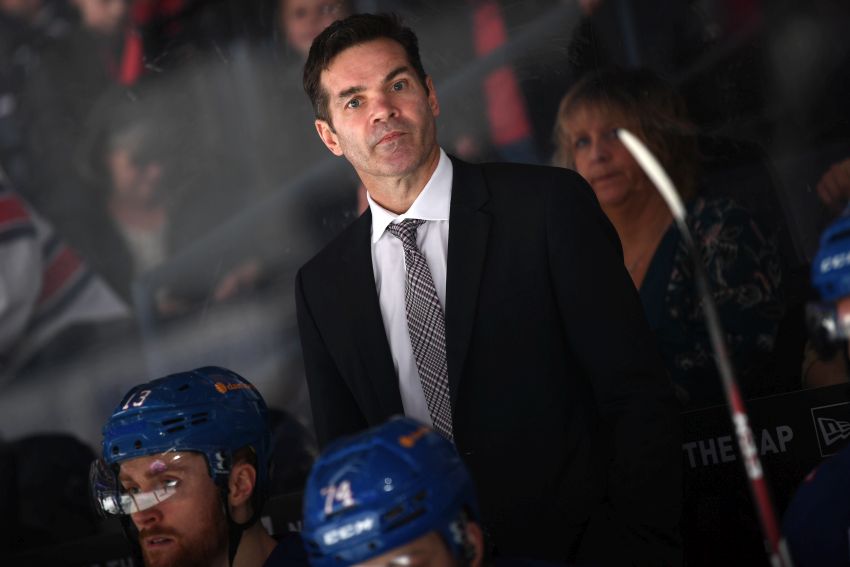 Barely a year after the Sabres’ previous regime had let Chris Taylor go as an assistant coach from the Amerks, Botterill and Sexton, who also served as Rochester’s GM, rehired him as head coach.

The move made sense. Taylor, who was fired again Tuesday, spent his year away as an assistant with the Wilkes-Barre/Scranton Penguins, the affiliate Botterill ran as Pittsburgh’s associate GM.

Taylor’s time working for Botterill, his friend and former teammate, opened his eyes. He learned how a championship organization communicated and operated. He and Botterill shared the same vision, and he returned ready to handle his first head coaching job.

After years of futility, Taylor and Sexton, who was also fired Tuesday, remade the Amerks into a consistent winner, overhauling the culture. The program they established became one of the AHL’s best. Meanwhile, prospects like winger Victor Olofsson and goalie Linus Ullmark developed and made impacts in Buffalo.

Players often spoke about how much they enjoyed playing for Taylor. They appreciated the blunt manner in which he communicated and how he encouraged them to be themselves.

Their success generated speculation Taylor would draw interest from NHL teams. The Sabres even promoted him earlier this season, having him sub for assistant coach Don Granato in October and November.

So Taylor, a winning coach widely regarded as having an NHL future, has been fired twice by the Sabres, who haven’t made the playoffs in nine seasons.

Rochester has become the only bright spot in an organization that has become the NHL’s laughingstock. If the Sabres kept one thing intact, it should’ve been the Amerks.

On Wednesday, new Sabres GM Kevyn Adams told WGR he has “a lot of respect” for Taylor, someone he has known for years.

Then why fire him? Teams usually don’t dismiss coaches they call “phenomenal.”

“We want to philosophically look at it a different way in Rochester,” Adams said. “We want to make sure the priority is purely from a development standpoint. It’s a model that we want to create down there, where they’re given every chance to become the best players to become Buffalo Sabres, and I’m not saying that that wasn’t happening before with Chris and his staff, but it’s just more on the roster and how it’s put together.”

Given the Pegulas’ drastic cost-cutting measures – they axed 22 people in the hockey department, according The Buffalo News – it sounds like that new philosophy includes spending less money on Rochester. The Sabres usually sign a slew of high-priced veterans to complement their prospects on the Amerks.

The benefit is twofold: it helps them win and gives prospects the opportunity to learn from established players. But that means awarding one-way contracts to players who will likely spend most of their time in the minors or AHL deals worth hundreds of thousands of dollars.

Sexton, a former NHL GM, crafted that roster. Right away, Botterill made sure Rochester had a dedicated GM. Botterill’s predecessor, Tim Murray, always had the dual GM title, and it showed. The Amerks missed the postseason in each of his three full seasons.

Will the Sabres even hire someone to fill Sexton’s role? They have to replace Taylor, who will almost certainly land another gig. Look for him in the NHL someday.