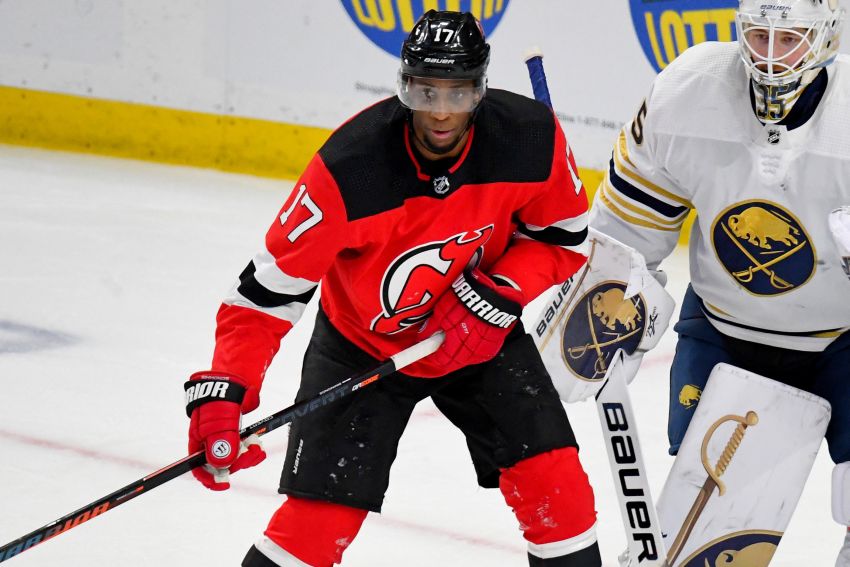 BUFFALO – The Sabres’ core group of young players has never played a meaningful late-season NHL game. This upcoming stretch will be a new experience.

A perfect weekend moved the Sabres to within six points of the Atlantic Division’s final playoff spot with 20 games remaining. A team given up for dead has roared back into the postseason hunt.

Of course, the Sabres’ chances of making the playoffs for the first time since 2011 are slim – just 3%, according to sportsclubstats.com. But the experience their youngsters can gain over the next several weeks – Botterill mentioned captain Jack Eichel, winger Sam Reinhart and defensemen Rasmus Dahlin and Rasmus Ristolainen – will be important for their development.

Playing meaningful games was the mantra of Botterill’s 13-minute chat with the media inside KeyBank Center after the deadline passed.

“What we tried to talk about as a coaching staff and a management staff is how do we best prepare this group to face this challenge?” said Botterill, who had been saying he wanted to add to his forward group. “That’s why we made these moves today.”

The Sabres sent a conditional fifth-round pick in 2021 in exchange for Simmonds, a 12-year veteran who has scored 251 NHL goals.

Botterill said Simmonds, who signed a one-year contract with New Jersey before the season, waived his no-trade clause to join the Sabres.

“We also know we have a young group, he has a strong personality. I think his leadership’s going to help our group out a lot.”

The 6-foot-2, 185-pound Simmonds, 31, has scored 498 points in 902 career NHL games. He has compiled eight goals, 24 points and a minus-17 rating in 61 contests this season. He will be an unrestricted free agent following the season.

Simmonds scored at least 24 goals six times during his eight-year tenure with the Philadelphia Flyers. He scored a career-high 32 goals in 2015-16 and followed up with 31 goals in 2016-17.

Later in the day, the Sabres dished forwards Evan Rodrigues and Conor Sheary in exchange for Kahun.

Kahun, 24, has compiled 23 goals and 64 points in 132 career NHL games with the Chicago Blackhawks and Pittsburgh.

Botterill said the Czech can play all three forward positions. Right now, however, the Sabres view him as a winger.

The 5-foot-11, 175-pound Kahun has scored 10 goals and 27 points in 50 games this season. He played four seasons in the German DEL, winning three championships with Munich EHC. He also won a silver medal at the 2018 Winter Olympics.

Rodrigues, 26, reportedly requested a trade earlier this season after his playing time dwindled. The Sabres scratched him in both games before this Monday’s trade deadline.

After being awarded a one-year, $2 million contract in arbitration in July, Rodrigues struggled this season, often sitting out as a healthy scratch before earning some regular time in recent weeks.

Rodrigues has scored five goals and nine points in 38 games this season.

“They weren’t looking to move Conor in the first place but it was more of a salary cap situation and stuff that they had to work with,” Botterill said.

The American never generated much consistency with the Sabres, often going weeks between scoring goals.

Sheary has endured goal droughts of 19 and 13 games this season and even became a healthy scratch. He has scored nine goals and 19 points in 55 games.