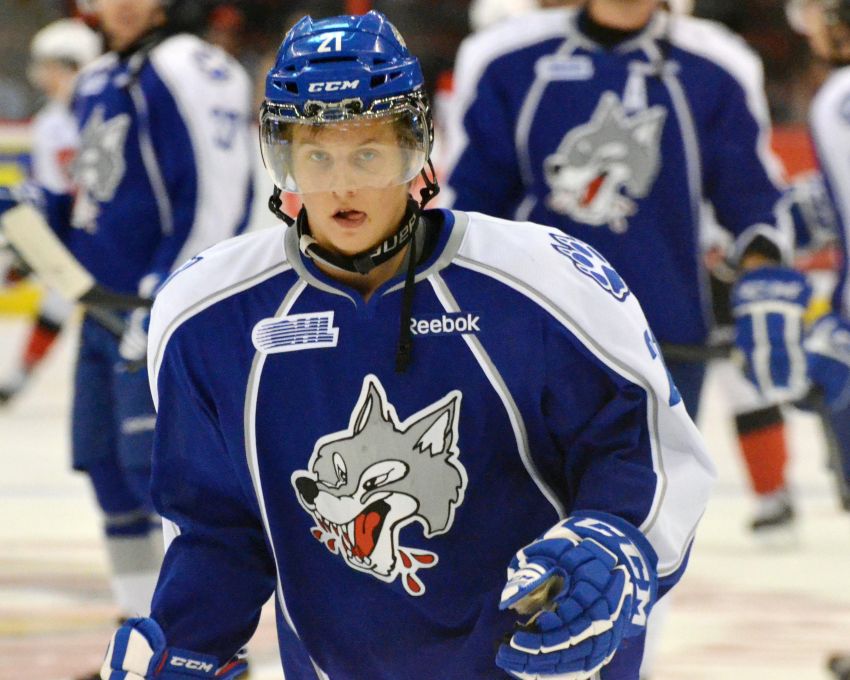 BUFFALO – Dominik Kahun experienced an unconventional path to the NHL. In 2012, the Sabres forward left Germany for North America, hoping a stint in junior would help him get drafted. Two years later, he went home without a team.

“I came to the OHL, my goal was to get drafted and play in the NHL, but I didn’t get drafted there,” Kahun said on a conference call Tuesday.

So Kahun, who was acquired from the Pittsburgh Penguins before Monday’s trade deadline, decided to play in Germany.

Kahun, 24, closed his four-year DEL career by winning three straight championships with Munich EHC. He also turned heads starring for the German national team in tournaments, including the 2018 Olympics.

A few months after earning a silver medal, the Chicago Blackhawks signed Kahun to an entry-level contract.

“When I think about it, it was the best thing I could do,” Kahun, who was born in the Czech Republic, said of playing in the DEL.

So far, Kahun’s NHL career has been a whirlwind. The Sabres are already his third team.

“When I got traded yesterday, first of all, I was a little shocked,” he said. “I didn’t really see it coming. But I’m really, really happy to play for Buffalo now.”

Kahun spent all of last season in Chicago, scoring 13 goals and 37 points in 82 games. But the Blackhawks dealt him to the Penguins in June.

He produced in Pittsburgh, compiling 10 goals and 27 points in 50 outings.

“I learned new stuff,” he said of his time with the Penguins. “It could definitely make me better and stronger again. But, yeah, now I’m in Buffalo and I’m excited for that.”

He added: “I hope that I can stay longer in Buffalo.”

Kahun suffered a concussion last month, costing him eight games. A lower-body injury sidelined him his last two contests with the Penguins.

He said if he doesn’t make his Sabres debut tonight against the Colorado Avalanche, the start of a four-game road trip, he will play Friday versus the Vegas Golden Knights.

“I don’t think it’s anything terrible,” he said of his injury. “I will be playing soon again.”

Kahun should feel some comfort with the Sabres.

He played with coach Ralph Krueger’s son, Justin, on the German national team. Krueger knows him and has watched him up close for years.

The two shared what Kahun called “a very good call” after the Sabres sent the Penguins forwards Evan Rodrigues and Conor Sheary in exchange for Kahun.

“He told me how he saw me play for Germany and he knows what kind of player I am,” Kahun said. “He told me that I would definitely love the group of guys, that we have a great group. I’m very excited to play.”

Krueger called Kahun “a skilled player” who “can play up and down the lineup.”

Krueger said Kahun, having played in the DEL and garnered so much international experience, has “gone through a good school.”

Kahun played on Germany’s top national team at 18, something that Krueger, an international coaching veteran, said is “really rare.”

“In all my 13 years with Switzerland’s national team, I had one 18-year-old on that team and that was Roman Josi,” he said of the Nashville Predators defenseman. “You don’t make national teams in Europe as an 18-year-old very often. So just his track record and his ability to step up and play against bigger bodies really was quite interesting.”

Krueger said Kahun had an experience similar to Sabres winger Victor Olofsson, who came to North America last season after morphing into an elite player in his native Sweden.

Kahun did not practice Tuesday inside KeyBank Center. He left Los Angeles, where the Penguins play tonight, to meet the Sabres in Colorado.

“Where he’s going to play and how that’s going to settle in and whether he’s in, we’ll make those calls (today),” Krueger said.

Kahun said he grew up as a center but has played winger since coming to the NHL. Krueger said he wants to ease him in as a winger at first.