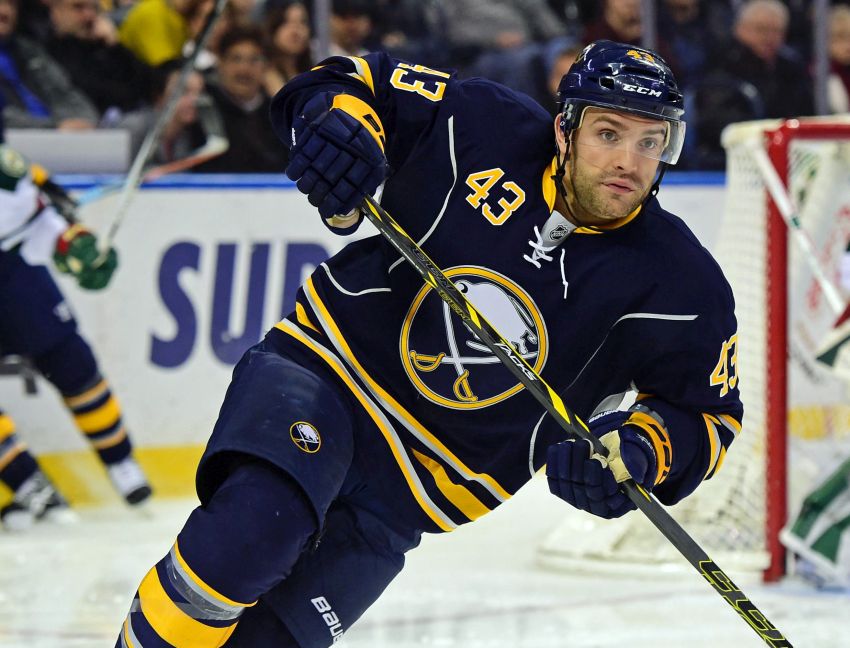 “I was kind of in awe,” Catenacci, a native of nearby Newmarket, said this afternoon inside the Air Canada Centre.

“It’s pretty cool for me and my dad to both play against a legend,” Catenacci said after he prepared for his first regular-season game against the Maple Leafs. “I think that was a pretty special moment.”

Six games into his NHL career, Catenacci said his nerves have disappeared. Having been awarded a spot on the fourth line last week, the 22-year-old, who was born in Jagr’s third NHL season, knows he has a special opportunity.

Of course, Catenacci has a good excuse tonight. Having grown up about 35 miles away, around 20 or 30 family and friends will be watching him up close.

Catenacci played a preseason game here earlier this season, so knowing the rink helps a bit.

“A lot of excitement,” Catenacci said. “Obviously, it helped playing preseason here in front of my family and friends. I think coming to the rink was a little familiar.”

Catenacci could stick for the final month if he impresses the Sabres.

“I think he’s got to play with some speed, some grit, some bite to his game,” Sabres coach Dan Bylsma said. “He’s got to be an effective agitator with those assets, with the speed, grit ability. He has some skill in his game. He’s shown at the American League level (he can) get points, have skill.

In other news, tonight is only the Sabres’ second meeting this season against the rebuilding Leafs. The fierce rivals play three times over a 25-day stretch. They last played Oct. 21.

Since Sabres rookie Jack Eichel hasn’t played in Toronto yet, almost 20 reporters were waiting for the 19-year-old center following the morning skate.

This isn’t the Toronto team many Sabres know. The 30th-place Leafs recently have gutted their roster and went into a deep rebuild. They’ve lost four straight games and nine of the last 10.

– The Sabres have lost six straight games here to the Leafs. They’ve never lost seven. The home team has won 20 of the last 22 games, including 12 straight.