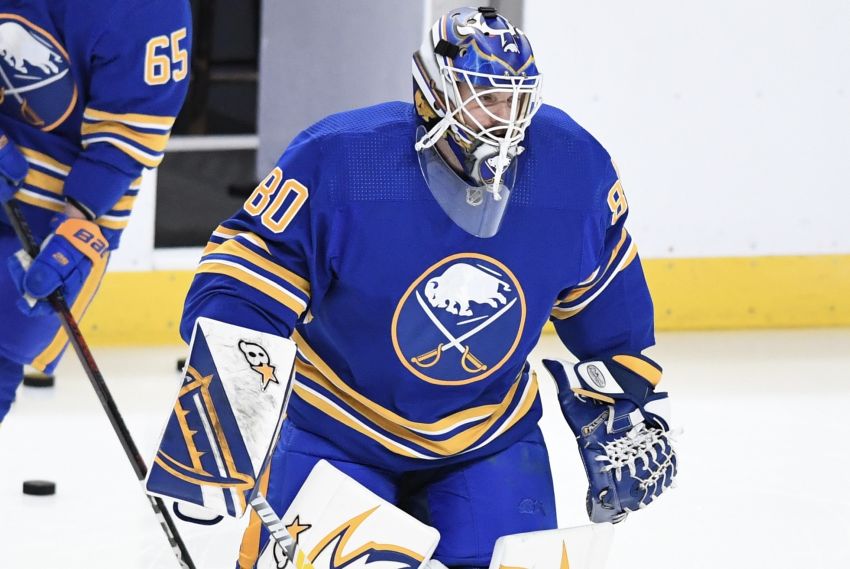 BUFFALO – A few days into training camp, Sabres coach Don Granato acknowledged that if the season started tomorrow, goalies Craig Anderson and Aaron Dell would rank first and second on the depth chart.

Dell, who might start tonight against the Toronto Maple Leafs, had a leg up in the competition with Dustin Tokarski for the backup job. But in the preseason, Dell posted ghastly numbers – a 5.57 goals-against average and an .838 save percentage – in two appearances.

Not surprisingly, Dell, 32, was waived and assigned to Rochester, where he won his first three starts with the Americans before the Sabres recalled him last week.

Meanwhile, Tokarski, 32, quietly morphed into one of the NHL’s best backups over the opening month. He has made four straight starts for the injured Anderson (upper body).

Tokarski was stellar in Friday’s 3-2 win over the Edmonton Oilers, making 33 saves, including 14 in the third period.

In his most extensive AHL action since 2015-16, Dell has compiled a 3.01 goals-against average and .905 save percentage with the Amerks this season.

He played seven NHL games with the New Jersey Devils last season, compiling a 1-5-0 record with a 4.14 goals-against and an .857 save percentage.

Dell began last season with the Toronto Maple Leafs before New Jersey claimed him off waivers.