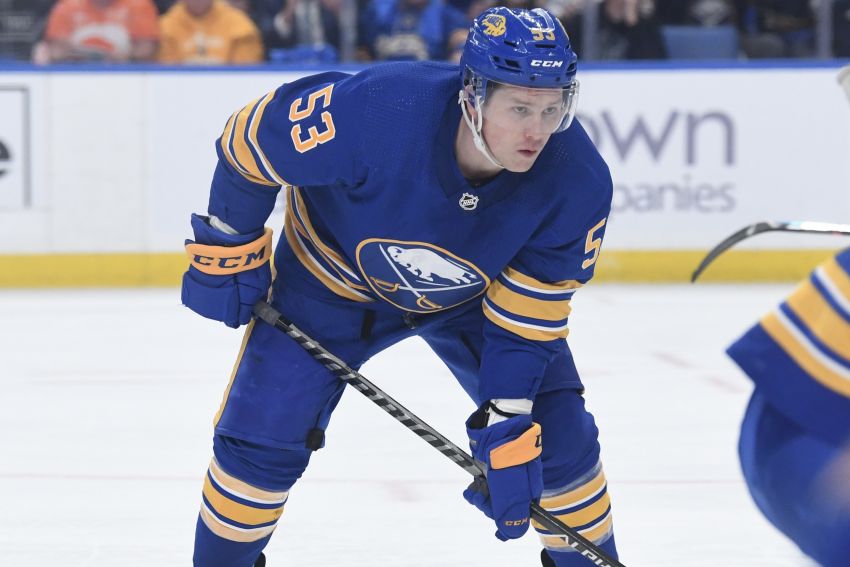 BUFFALO – There were at least three points in Saturday’s 5-4 loss to the Toronto Maple Leafs – the fluky first-period score and two-goal deficits in the second and third – the Sabres would’ve never recovered from in the not-so-distant past.

Each time, the Sabres roared back, tying it. When they knotted the game at 4, scoring twice in a 59-second span during midway through the third period, it felt like they would earn at least one point against their Atlantic Division rival.

“We’ve got guys who have a chip on their shoulder and want to prove something,” Sabres center Tage Thompson said. “That’s infectious and it’s fun to be a part of.”

Sabres coach Don Granato said he could feel and see the belief his players possessed.

“I never felt we were out of the game because of the energy in front of me on the bench,” he said.

But that energy faded with 11.8 seconds left in the third period.

Instead of taking his time to move from behind his net, Sabres defenseman Mark Pysyk quickly backhanded it up the right boards to winger Jeff Skinner. Alex Kerfoot intercepted the pass and fed Morgan Rielly, who beat Sabres goalie Aaron Dell from high in the slot.

The Sabres, despite allowing five goals and losing, can take some positives out of Saturday’s loss beside their multiple comebacks.

Skinner, 29, enjoyed perhaps his best game in years, showcasing terrific chemistry with Thompson and winger Rasmus Asplund. For most of the game, the Sabres shut down the Leafs’ top players.

Skinner and Thompson, who scored the second period, have both registered five goals this season, tying them with injured winger Victor Olofsson for the team lead.

After David Kampf’s goal on the Leafs’ first shot at 2:43 – Dell lost sight of the puck and it slid through his legs – Skinner responded, beating goalie Joseph Woll from the left circle at 14:42.

The Leafs scored twice in the second period before Thompson one-timed Skinner’s pass in from above the right circle. Following John Tavares’ third-period power-play goal at 9:22, Skinner scored again at 10:47, connecting on Thompson’s pass in front.

“You got a guy that big and good with the puck in the middle, he’s tough for other teams to defend,” Skinner said of the 6-foot-7 Thompson. “He causes a lot of attention to come his way.”

Sabres defenseman Rasmus Dahlin tied it at 11:46, igniting the crowd of 7,992 fans inside KeyBank Center.

“Our guys had a great push, specifically Thompson, Skinner and Aspy, that line was really good,” Granato said.

“He’s winning all his puck battles,” Thompson said of Skinner’s effort Saturday. “He’s really strong on the puck. I think when he’s really on things, he’s going to the net and he’s in on the forecheck. And tonight he was great.”

Skinner, of course, is known as an offensive threat. But Granato said the genesis of Saturday’s effort started on the defensive side during Friday’s 3-2 victory over the Edmonton Oilers.

“He works in practice,” Granato said. “The details in his game right now … he’s refocused on a foundation that is now starting to flourish, it’s starting to hit a rhythm, and some chemistry with others. But his detail in last night’s game, some defensive plays were unbelievable, the reads and hockey sense reads.

“And then tonight, it showed on the offensive side. So I’m really happy for him because of the underlying work that he hadn’t got rewarded for. I mentioned that many times earlier in the year, he’s putting in work, and he hasn’t yet had the reward. Tonight and the last couple he’s finally getting the reward he deserves.”