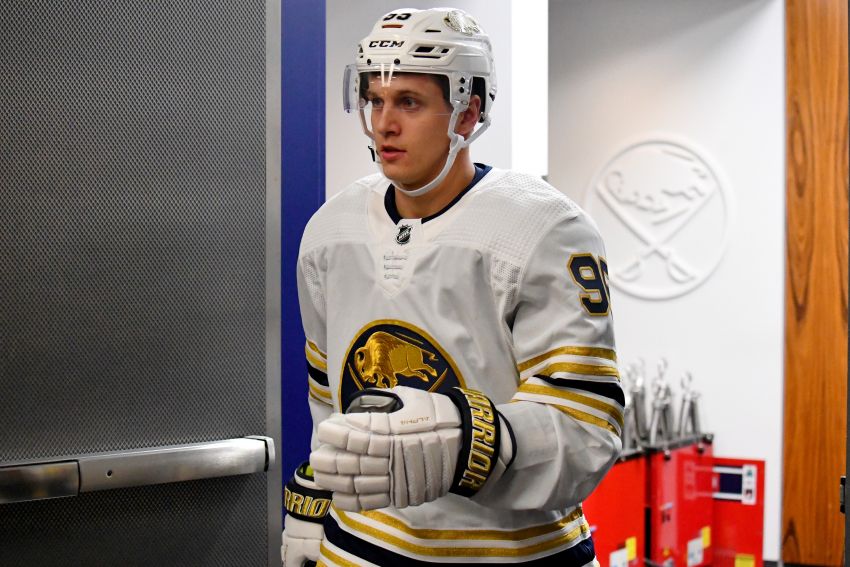 For weeks, there was speculation the Buffalo Sabres would pass on tendering defenseman Brandon Montour a qualifying offer as a restricted free agent.

Considering former general manager Jason Botterill traded a top prospect and a first round pick for Montour in 2019, the thought of letting him go seemed outrageous. But the belief was the Sabres, who have tightened their belts during the COVID-19 pandemic, did not want to pay Montour big money.

Kahun looked impressive following his arrival from the Pittsburgh Penguins before the trade deadline. In six games, he scored two goals, four points and added a shootout-winning goal. He appeared to have established himself as one of the Sabres’ top wingers for the 2020-21 season.

But if the Sabres don’t re-sign Kahun, 25, before noon Friday, he will become an unrestricted free agent.

“We continue to have dialogue with his agent and made it clear that we’d like to continue those conversations going over the next couple days, so hopefully we get to a deal that works,” Adams said on a Zoom call Wednesday after the NHL Draft concluded. “I think he understands that we believe in him as a player and it was just a position where we weren’t able to get to a spot where we both felt comfortable.”

According to the Associated Press, Jiri Hamal, one of Kahun’s agents, rejected Buffalo’s contract offer because it wasn’t good enough. The Sabres did not give Kahun a minimum offer because he could take them to arbitration and receive a large award.

“You’re always respectful of where players are in their career, CBA, the rights that they have, so that is a piece of the puzzle that we’ve been having conversations around with Dominik’s agent,” Adams said.

Adams said he wants to give the Sabres “flexibility.” The pandemic has wreaked havoc on teams’ budgets. The NHL will have a frozen salary cap of $81.5 million.

The market could soon be flooded with talent as teams try to shed salaries.

“Let’s make sure we’re being flexible and we’re giving ourselves a chance to see what’s out there as we go into Friday,” Adams said.

Kahun, who had a cap hit of $925,000, arrived in the NHL from his native Germany in 2018. He has compiled 25 goals and 68 points in 138 career games. The Sabres acquired him Feb. 24 in exchange for forwards Evan Rodrigues and Conor Sheary.

Now, Kahun’s time in Buffalo could already be over. Did Adams weigh the risk of losing him?

“I think you understand,” he said. “You certainly don’t make decisions – any small or big decision – emotionally. You make them methodically and calculated with other people. You do them collaboratively. We have conversations with the coaching staff, with your hockey operations, with everybody. …

“I also understand that every other team is in a similar position where you’re looking at what’s going on with your roster, what are you projecting moving forward, where are you going to be not just this year, but next year. You’re understanding, OK, how are you looking to build this? Who do you have coming up? Whose contracts do you have coming up in the future that you’re going to want to take care of as well?

He added: “We’re looking to improve regardless of the players we’re talking about, whether it’s a Dominik Kahun that we had or someone else, we’re trying to think, OK, how does this make our team better? That’s why we make certain decisions.”