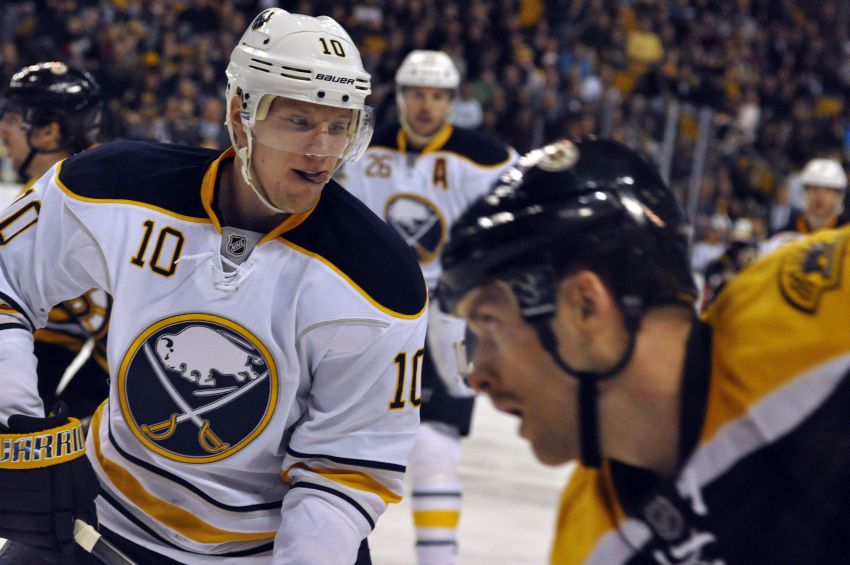 BUFFALO – In this new era, nothing may be off limits for the Sabres during free agency. A year ago, owner Terry Pegula spent $67 million on two players in his first foray into the market, showcasing an aggressiveness never seen in these parts.

The Sabres wheeled and dealed, jumping the gun, acquiring Christian Ehrhoff’s rights and awarding the coveted defenseman a 10-year, $40 million contract. Then they gave winger Ville Leino a six-year, $27 million deal to be a top center.

The deals raised eyebrows. Unfortunately, they couldn’t raise the Sabres’ standing, and they plummeted from seventh to ninth place, out of the playoffs.

Ehrhoff underachieved despite having a solid impact. Following a 25-point season, Leino’s contract might be the NHL’s worst.

Whether they admit it or not, the Sabres probably learned some valuable lessons from the signings.

This year – based on their current roster, the salary cap and a market short on elite talent after winger Zach Parise and defenseman Ryan Suter – the Sabres could be pretty quiet when free agency commences today at noon.

There are some solid second-tier players available.

The team needs more gritty veterans, and one, winger Brandon Prust, is reportedly far apart in contract talks with the New York Rangers. St. Louis center Jason Arnott, an 18-year vet with 938 points and a Stanley Cup-winning goal on his resume, could also be available.

Regier’s also willing to deal, and slick Anaheim winger Bobby Ryan, a perennial 30-goal man the Sabres are said to be interested in, would like the Ducks to trade him.

The Sabres, of course, also have their own free agents.

Roland Thompson, Hecht’s agent, told the Times Herald on Saturday that he’s only spoken to Regier once recently, at the NHL Combine, and he was told the Sabres hadn’t “had a chance to discuss” Hecht’s status.

The 35-year-old Hecht, the longest-tenured Sabre at 10 years, endured three concussions over a 10-month span recently, including two last season.

“I’m just disappointed that a player that’s given 10 years of his career … there wouldn’t be some kind of personal interaction to say thanks,” said Thompson, who’s “not sure if that’s the right way to exit a guy from the organization.”

Ennis, who became a star late last season, is probably the Sabres’ No. 1 pivot. He could get significant money. Regier said he planned to start negotiating after today. He doesn’t “foresee a real long-term contract” coming.

Kaleta, a supreme agitator, began playing big minutes during winter on a checking line. Two years ago, the Sabres elected for arbitration with the Angola native, a tactic rarely used, before reaching terms.

The forwards all spent some time in Buffalo. Stuart captained the AHL affiliate. Whitmore’s 28 goals led the Amerks. Turnbull played three strong late-season games during his first recall. Leggio hasn’t played in the NHL yet, but the Williamsville native became the Amerks’ No. 1 goalie and team MVP during a breakout campaign.

Six Amerks from last season’s squad have already signed contracts to play in Europe, so Regier must fill those spots.