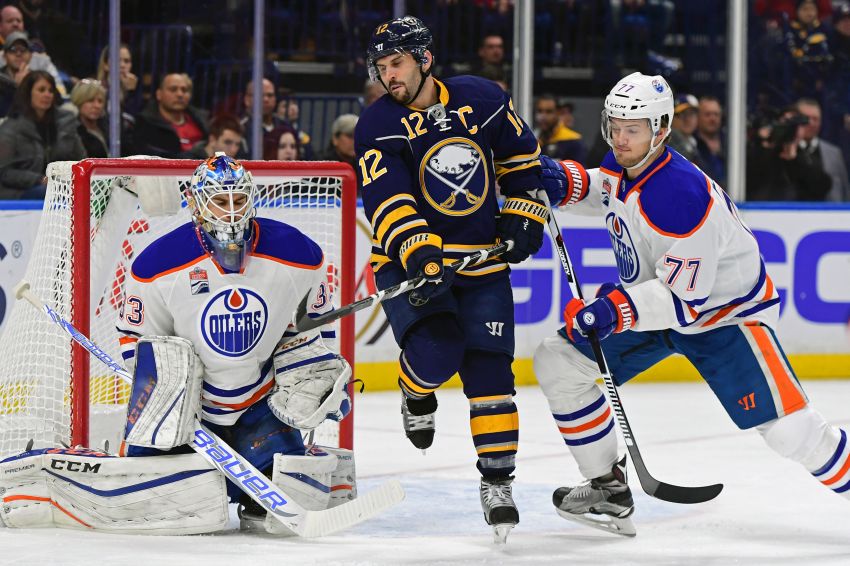 BUFFALO – As another trying season winds down, the Sabres finally have something special to celebrate. Captain Brian Gionta will play his 1,000th NHL game tonight, and his teammates couldn’t be more excited.

Tonight is all about Gionta, the 38-year-old Greece native who has enjoyed a long and unlikely career thanks to a mix of grit and talent few players possess.

Gionta held court this morning, answering questions from a crowd of reporters. The Sabres, Gionta’s third team, will honor the 5-foot-7 winger with a special ceremony before tonight’s tilt against the Florida Panthers at KeyBank Center.

While Gionta started his career in New Jersey, winning a Stanley Cup with the Devils, and later captained the storied Montreal Canadiens, he always wanted to play for what he considers to be his hometown team.

“It’s the team you grew up watching, fell in love with, you dreamed of being in the NHL in,” Gionta said. “For it to have lasted this long, I would have never imagined it. To be able to come here to play was pretty special.”

Check back later for more on Gionta, including how he inspired Sabres winger Tyler Ennis, another undersized talent. You can read today’s newspaper story on Gionta hitting the prestigious milestone here.