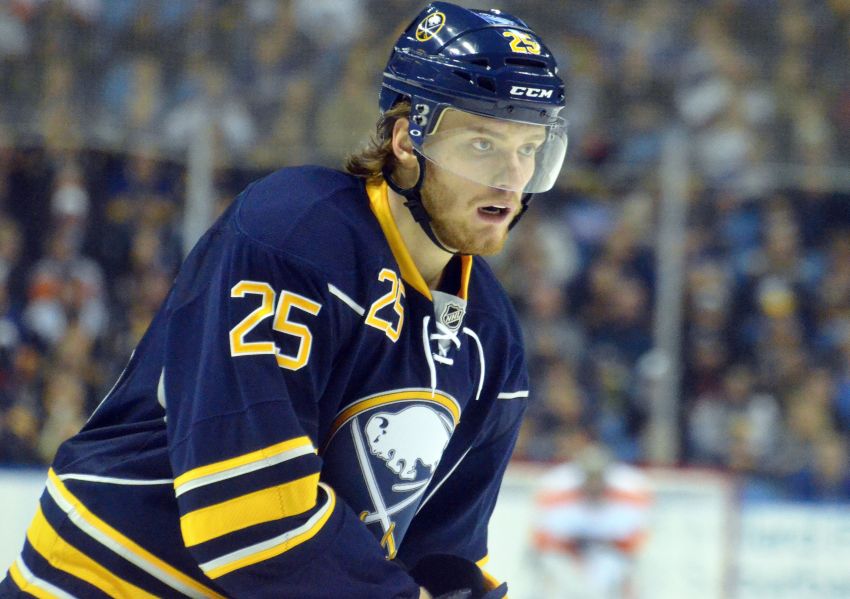 BUFFALO – Sending rookie Mikhail Grigorenko back to junior wasn’t a snap decision the Sabres made to reach the 23-man roster limit, general manager Darcy Regier said. The team had been talking about the move for a while prior to making it Friday.

If the 18-year-old center wasn’t getting scratched, he had been playing sparingly during most of his 22 NHL appearances.

“This isn’t driven by a roster move,” Regier said during a late-afternoon news conference inside the First Niagara Center. “This is driven by what is best for Mikhail and best for his career.”

“There’s no straight line,” Regier said about Grigorenko’s development. “You don’t go through zero to 100 and not miss a beat. There’s adversity that he’s going to deal with, and he was great.”

Still, the Sabres burned the first season of his three-year, entry-level contract for one goal and five points.

Ideally, the Sabres would love to assign Grigorenko to the AHL now, although rules prohibit it.

Regier said Remparts coach Patrick Roy and the entire league are “thrilled” Grigorenko, who has 29 goals and 50 points in 32 QMJHL games, is coming back.

Having so many injuries – winger Ville Leino is returning from a hip injury this afternoon against the Ottawa Senators and must be activated – gave Grigorenko more time.

“It actually allowed us to keep him a little longer,” Regier said.

Grigorenko, who practiced with the Sabres on Friday, began the season playing as a third-liner, skating about 11 or 13 minutes. Following some brief fourth-line duty, he played a season-high 17:10 on Jan. 27, the final game before his contract kicked in.

“It was about whether or not he was going to be able to get his minutes up to a level where he could continue to develop,” Regier said. “Really … what drove the decision was we were really using him in a fourth-line type role where we were hoping to get him in to create some offense.”

The Sabres couldn’t just throw Grigorenko out on the ice to see what would happen.

“You can only go so far to give the individual something at the expense of the team,” Regier said.

“If you’re hitting on all cylinders … you can better support that young man,” Regier said. “We’re not in that position right now.”