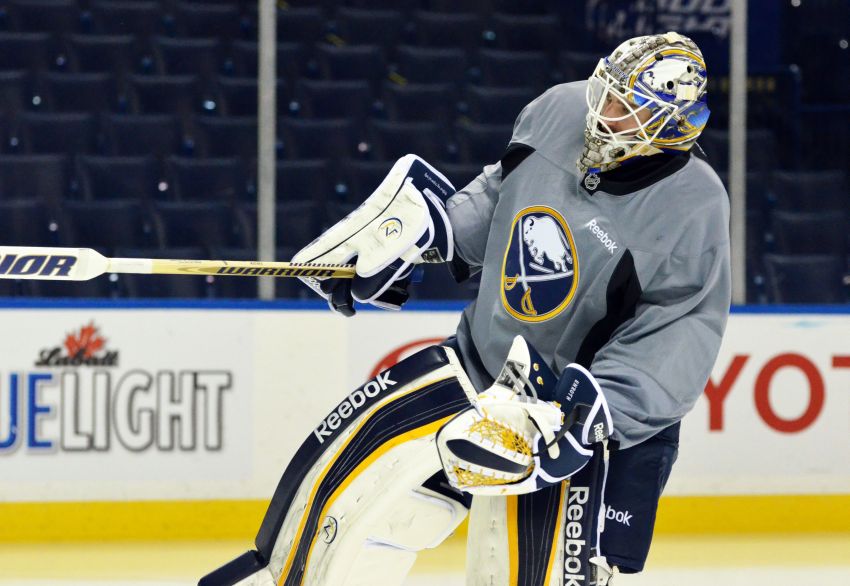 BUFFALO – In just over three weeks, Jhonas Enroth has morphed from a seldom-used backup to a strong No. 2 goalie called on regularly to spell starter Ryan Miller.

The Swede will get another nod tonight against the Washington Capitals inside the First Niagara Center.

“His confidence is a lot better than it was,” interim Sabres coach Ron Rolston said this morning. “He’s been battling. He’s been really quick. He’s been tracking pucks really well. I think he’s prepared himself where he’s built his confidence up where he’s feeling good about being in the net.”

Clearly, Enroth’s play against the Devils and his win five days later, his first since Nov. 26, 2011 (16 appearances) has buoyed the Sabres’ confidence, too.

“He had went a long time there without winning a game,” Rolston said. “Mentally, I think more than anything, was something that (he) needed to go in there and just have a solid performance, whether it was a win or a loss. But just to start feeling good about where his game was at. He’s been able to do that and build on that.”

In other news, slick winger Thomas Vanek (muscle strain) will miss his second straight game. Rookie defenseman Mark Pysyk and tough guy John Scott will likely be the other scratches.

Rookie winger Brian Flynn should return after his first scratch.