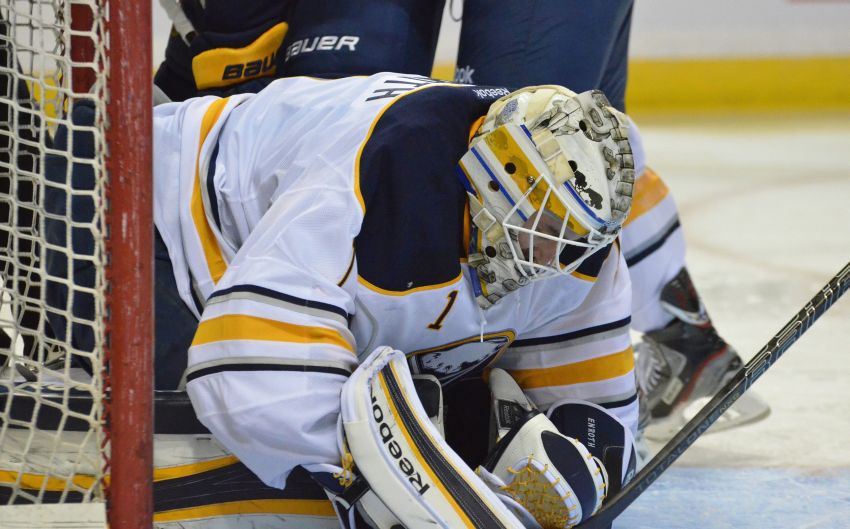 Jhonas Enroth probably doesn’t have to win tonight in New Jersey to save his job. No, if the backup goalie simply plays well and gives the Buffalo Sabres a chance to triumph against the Devils, then he should get another nod at some point.

As we’ve discussed many times before, Enroth suddenly stopped winning and playing.

This season, he was supposed to start 10 or 12 times, a number former Sabres coach Lindy Ruff gave before Enroth posted a 4.73 goals-against average and an .847 save percentage in three games (two starts).

With every point precious and Miller performing well, Enroth hasn’t started since Feb. 5, a 14-game stretch.

“We are playing things off of Ryan and how he was doing,” interim Sabres coach Ron Rolston told reporters this afternoon in Newark.

Miller, who’s faced more shots than any netminder this season, had to rest at some point.

Enroth’s a likable guy and a talented goalie. But if he falters badly tonight, you wonder if the Sabres will explore other options.