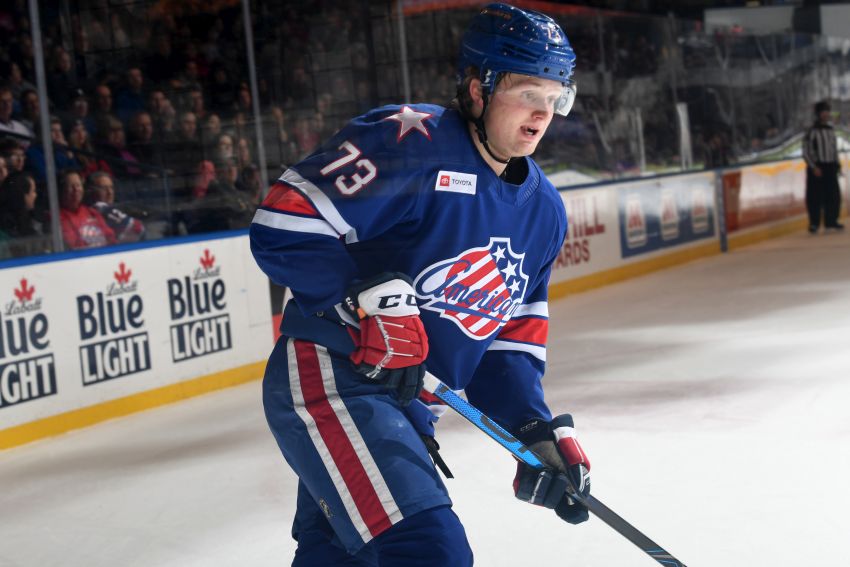 Mittelstadt, 22, will likely make his season debut in this afternoon’s road game against the Washington Capitals. The American hasn’t played an NHL game since Dec. 10, 2019.

It’s unclear why the Sabres assigned Cozens, 19, to the taxi squad. The rookie has enjoyed regular duty this season.

Coach Ralph Krueger said last week the Sabres would rest some of their young players so they don’t get overwhelmed. They also don’t want players on the taxi squad to sit for too long.

Update: Krueger said this afternoon scratching Cozens is “just in the plan.”

“We had mentioned preseason that we to keep the taxi-squad players active and we need to watch the load on some of the other players,” he said on a Zoom call from Capital One Arena. “Dylan is one of them, so he has an opportunity to take a breath and watch the game. Casey has been outstanding in his work so far since the first of January. We need to get him involved, too, so we get a read. So it’s a combination of events.”

Mittelstadt has compiled 17 goals and 39 points in 114 career NHL games. He finished last season with the Rochester Americans.

Stay tuned for updates. Krueger plans to talk to the media at 1:30 p.m.