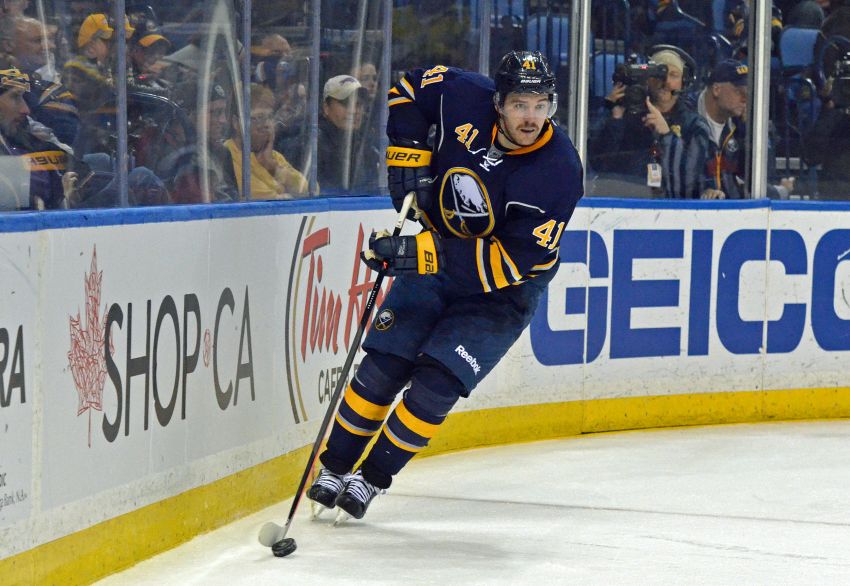 BUFFALO – At the 14:06 mark of the second period in the Sabres’ 2-1 loss Wednesday, the Winnipeg Jets’ Adam Lowry hit winger Patrick Kaleta face-first into the boards, earning a five-minute major and a game misconduct.

As a bloodied Kaleta stayed on his knees behind the net, Sabres defenseman Andrej Meszaros, the closest player to Lowry, watched for a moment. Eventually, he skated over a cross-checked him meekly.

Update: Lowry has been suspended one game by the NHL for the hit.

“It was what it was, obviously, if I had to do it over, I probably would’ve jumped him more, probably would get two minutes or something, but I decided to not go that much harder on him,” Meszaros said inside the First Niagara Center. “But maybe I should’ve.”

Why did Meszaros freeze?

“I was looking at the referee,” he said. “I wanted to make sure if there’s a power play or not. I kind of went there and kind of cross-checked him, didn’t want to jump in that hard, so I knew we were going to have a power play. We were down.”

He added: “I wasn’t sure what was going to be the call, five or two.”

“Maybe that’s not the correct time to do it,” he said.

He added: “Hopefully, somebody else will take care of it for us.”

Kaleta returned to the game.