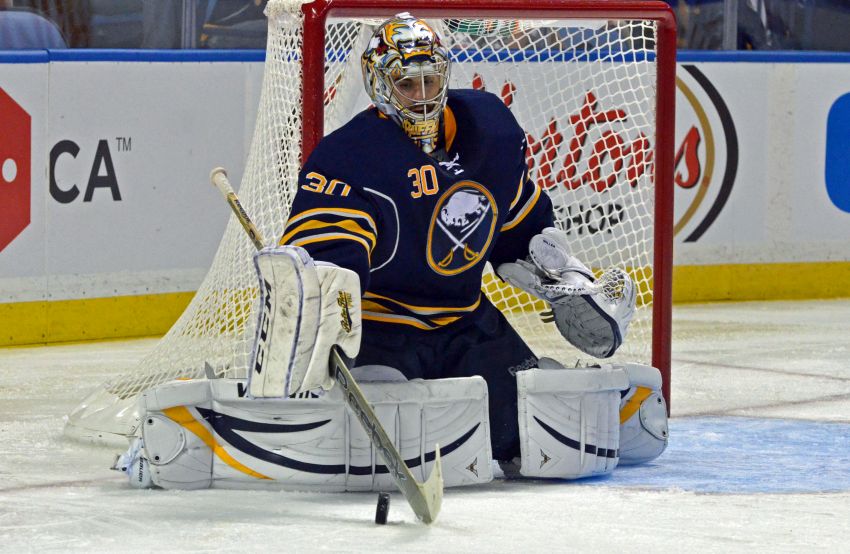 Decorated former goalie Ryan Miller will have his No. 30 retired and be inducted into the Buffalo Sabres’ Hall of Fame prior to their Jan. 19 game against the New York Islanders, the team announced Thursday.

Miller, 42, learned of the honors in early June during a visit to KeyBank Center when the Sabres played a video message from legendary former play-by-play man Rick Jeanneret.

The American will become the seventh player and second goalie to have his number hang from the rafters, joining Gilbert Perreault, Rick Martin, Rene Robert, Tim Horton, Danny Gare, Pat LaFontaine and Dominik Hasek, the only other netminder. The Sabres also honored Jeanneret with a banner last season.

Miller, the face and backbone of the post-lockout Sabres, played parts of 11 seasons in Buffalo, amassing 284 wins in 540 games, both franchise records. His 391 career victories rank first among American-born goalies and 14th all-time. He won the Vezina Trophy in 2009-10 and led Team USA to a silver medal at the Vancouver Olympics that winter.