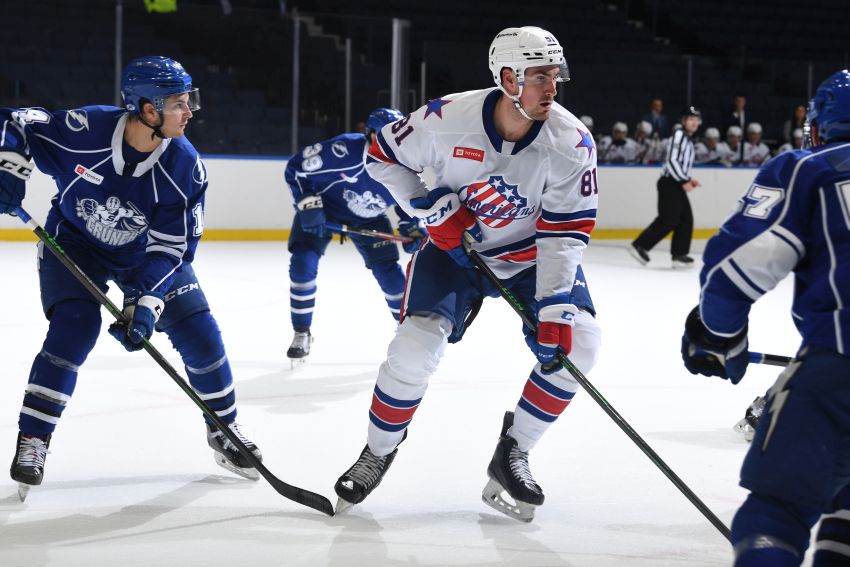 The Buffalo Sabres this afternoon recalled winger Brett Murray, who played one NHL game earlier this season, from the Rochester Americans.

The Sabres did not have an extra forward on the roster before summoning Murray.

The 6-foot-5, 228-pound Murray, 23, has compiled two goals in five outings with the Amerks this season. He made his third NHL appearance Oct. 31 in Los Angeles, going pointless in the Sabres’ 3-2 loss to the Kings.