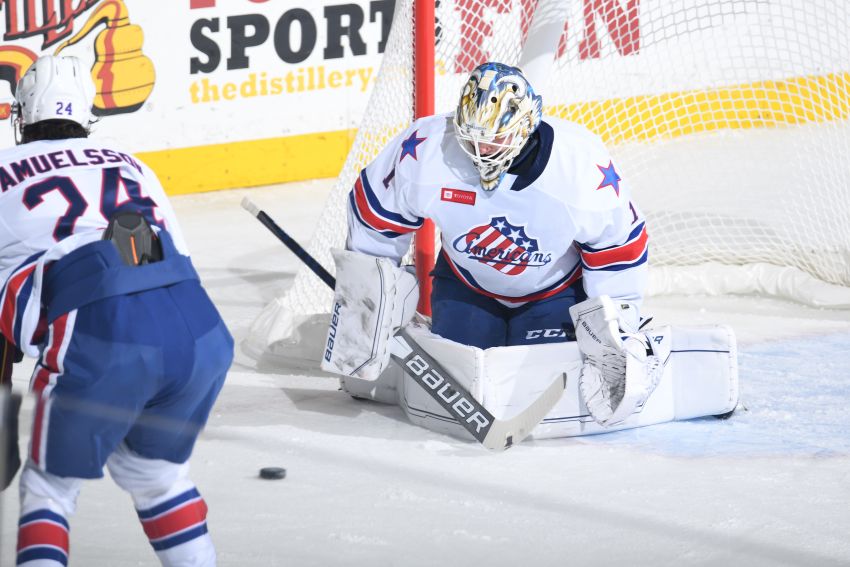 A standout three-game stretch in which goalie Ukko-Pekka Luukkonen registered a 1.68 goals-against average, a .957 save percentage and his first AHL shutout has earned him the league’s Player of the Week honors for the period ending Nov. 14.

Luukkonen, the Buffalo Sabres’ top goalie prospect, stopped 112 of 117 shots with the Rochester Americans last week, including 32 in Saturday’s 4-0 home win over the Cleveland Monsters.

On Wednesday, Luukkonen made 41 saves in a 5-1 road win over the Wilkes-Barre/Scranton Penguins. The Finn made 39 saves in Friday’s 4-3 home loss to Cleveland.

Overall this season, Luukkonen has compiled a 4-4-0 record with a 3.37 goals-against average and an .891 save percentage in eight games.