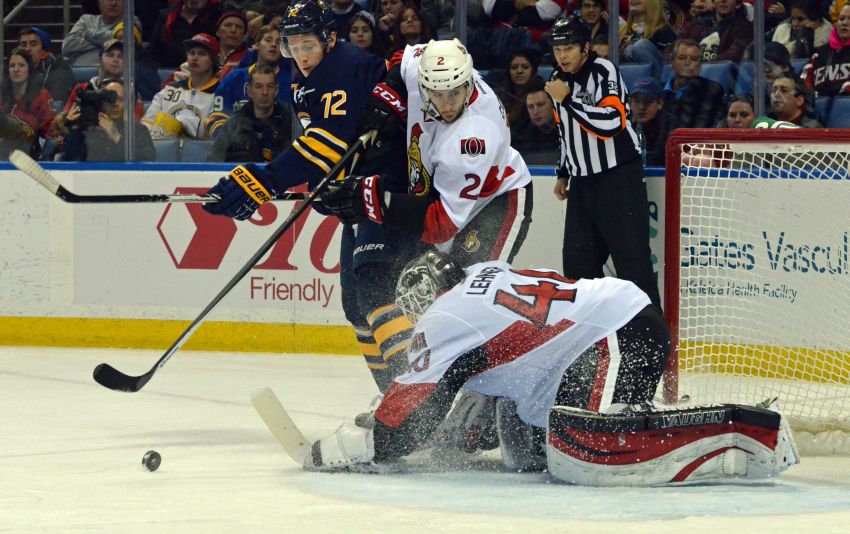 FORT LAUDERDALE, Fla. – The Buffalo Sabres have a new goalie.

The rebuilding team acquired Robin Lehner and center David Legwand from the Ottawa Senators this morning for the 21st pick in tonight’s NHL Draft.

The trade is the first between Sabres general manager Tim Murray and his uncle and counterpart, Bryan Murray.

The 23-year-old Lehner is 30-36-13 with a 2.88 goals-against average and a .914 save percentage in 86 games. The emergence of Andrew Hammond late last year made the Swede expendable.