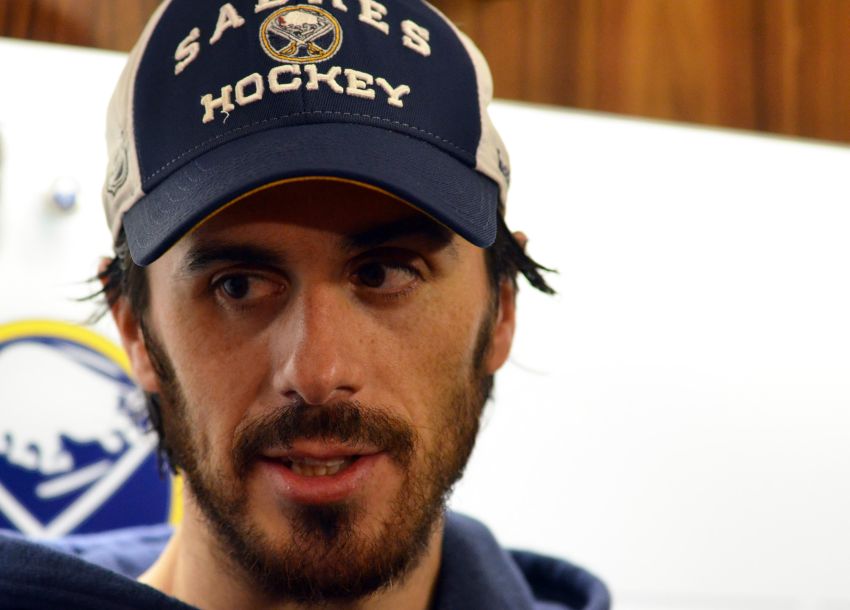 BUFFALO – Ryan Miller understands it’s the nature of hockey. As a veteran entering the final season of his contract, it’s only natural the Sabres, a team going through a transitional period, would shop him around the NHL.

“We’ve had a couple tough years,” Miller told reporters today at USA Hockey’s Olympic camp in Arlington, Va. “It goes from a situation where as a goalie it’s about the hope you can bring to I’ve been there a long time and we haven’t done enough with the group that we had. It’s not about the hope anymore. It’s about the next generation of players or the next group of players. I think it’s still a feeling-out process about where I fit into that and the other guys fit into that. I don’t know.”

The Sabres have acknowledged Miller and winger Thomas Vanek, another veteran star with one year left on his contract, could be dealt. But the $64.3 million salary cap and a tight goalie market have helped keep Miller in Buffalo.

Now, with training camp just a couple of weeks away, Miller will likely start the season with the Sabres. The 33-year-old former Vezina Trophy winner believes he can still be a major part of the young club.

“I still fit into it somehow – I’m on the team, I’ve got one more year left and my intention is to be the best I can be as always,” Miller said. “I feel like I still have a lot of hockey left and I feel like I can play at a really high level. I have to do what I can do to be a good teammate right now and help the Sabres become the team they need to be. I’m actually excited. I think we have a good group of guys, a little bit younger, but I think we’re going to have pretty defined roles about what guys are expected to do. It’s just like this (Olympic) team.”

It’s unclear whether Miller, whose dazzling play backstopped Team USA to a silver medal at the 2010 Vancouver Olympics, will make this winter’s Sochi squad. He’s one of six goalies at the camp. Three will go to Russia.

After getting the Americans to within a whisker of a gold medal, Miller might be a sentimental favorite. But he hasn’t enjoyed a dynamic season since 2009-10. The other NHL netminders in camp – Craig Anderson, Jimmy Howard, Jonathan Quick and Cory Schneider – are all younger and backstopped their teams to the playoffs last season.

“This is wide open,” Miller said about the competition. “This is a situation where certainly your body of work is what got you in this position, invited (to this camp). How you’re playing is going to be the big factor. It was last time.

“I’m just going to go about my business. I want to make the team and I want to be the guy who is there stopping pucks in Sochi. I want to start, I want to play and that’s the approach I’m going to take.”

Miller doesn’t think it should be his job to lose.

“I like it to be wide open,” he said. “I think there’s tremendous talent. The job I did was three and a half, almost four years ago. You can’t stack that in the net and have it deflect pucks away from you. You have to refocus and re-establish and start over.”