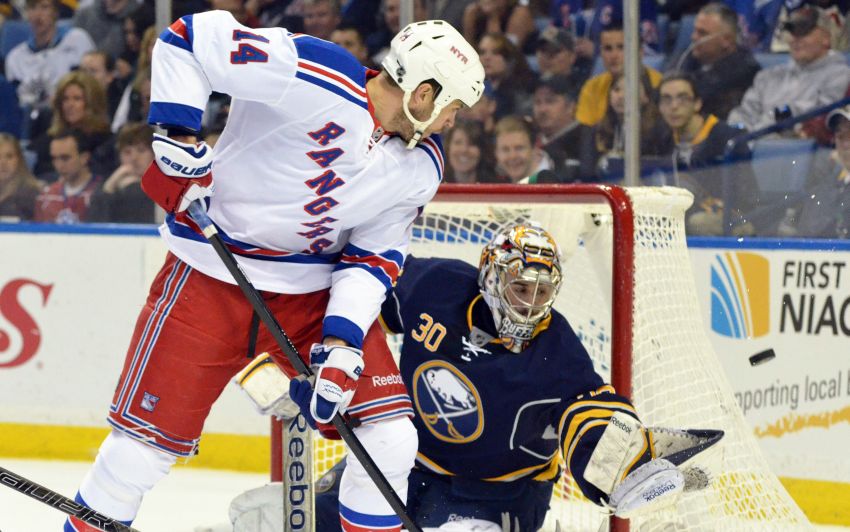 Consider the other netminders the 2010 Vancouver Games hero is competing with for one of three spots in February:

– Ottawa’s Craig Anderson, who led the NHL in goals-against average (1.69) and save percentage (.941) last season.

– Los Angeles’ Jonathan Quick, the 2012 Conn Smythe winner for backstopping the Kings to the Stanley Cup.

– New Jersey’s Cory Schneider, who kept Roberto Luongo and his 12-year, $64 million contract on the bench in Vancouver much of the past two seasons.

– Anaheim prospect John Gibson is also on the roster.

Miller hasn’t enjoyed an elite season since 2009-10, when he spent two weeks of his dynamic Vezina Trophy campaign dazzling and leading the Americans to within a whisker of the gold medal.

The 33-year-old was average or awful in the first halves of 2010-11 and 2011-12 before eventually finding his game. Other than a couple blips, he performed splendidly last season. But the Sabres played so poorly in front of him few noticed.

Right now, is Miller one of the United States’ three best goalies? He hasn’t won a postseason round since 2007 or appeared in the playoffs since 2011. Anderson, Quick and Howard all won playoff rounds this spring.

Of course, Miller, the oldest in the group, will be a sentimental favorite. The memories of his Vancouver heroics are still fresh to many fans. Perhaps he has a spot to lose. With three goalies on the roster, he doesn’t have to be the best of the bunch before the roster is chosen during the season.

But don’t forget about that “suffering” Sabres general manager Darcy Regier has warned his team’s rabid fan base about. Even if Miller, who’s entering the final season of his contract and could be traded, sticks around, the rebuilding Sabres could be awful. He couldn’t save them last season.

Would Team USA pick a goalie from a bottom-feeder? If the others are having strong seasons like last year, Miller could get left off the team.

Remember this moving post-Olympic moment Miller had with the fans in Pittsburgh?