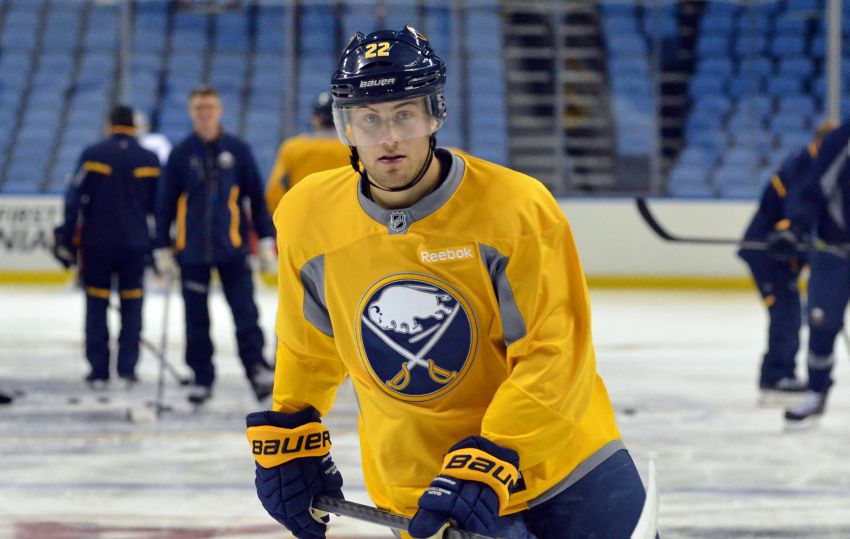 BUFFALO – Johan Larsson isn’t just another prospect. Having been acquired in April’s huge Jason Pominville trade with Minnesota, the 21-year-old center’s one of the Sabres’ most hyped youngsters.

Not many players get traded for a captain and franchise cornerstone.

“They really wanted me, I think,” Larsson, who will make his Sabres debut in tonight’s home opener, said this morning inside the First Niagara Center. “I’m just going like they told me, go out and play my style. That’s the only thing I think I have to do.”

Sabres co-captain Steve Ott, who will skate beside Larsson and Tyler Ennis tonight against the Ottawa Senators, said the Swede must “worry about his own career.”

“Same thing goes with anybody that gets traded for anybody,” Ott said. “You’re never trying to outplay somebody or be better than them. You do what got you to this point in your career. He’s going to be a great centermen in this league.

“You already see great instincts in him as well. Give the kid some time and let him mature into a good professional player like Jason did when he first started here.”

“The first game … it helps me a lot of be there and done that,” Larsson.

In other lineup news, John Scott will play tonight after sitting out Wednesday. With the tough guy in, Cody McCormick will sit. Kevin Porter will shift from wing to center beside Scott and Patrick Kaleta.

Ryan Miller will start in goal.

One thought on “Rookie Johan Larsson ready for Sabres debut”