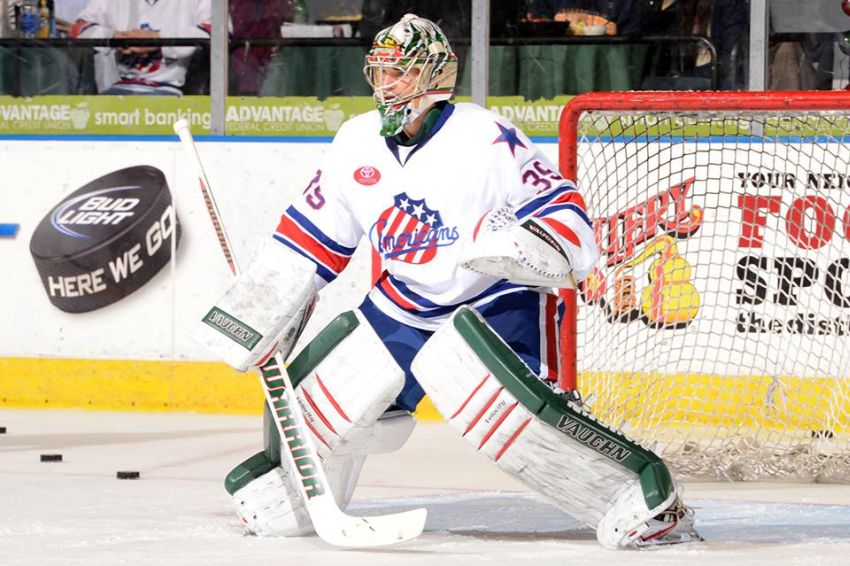 BUFFALO – Why do the Sabres, who play the Penguins tonight in Pittsburgh, need another goalie?

Matt Hackett left the Blue Cross War Memorial on Friday with his equipment following Rochester’s ugly 8-1 loss to Grand Rapids and has been recalled, the Democrat and Chronicle’s Kevin Oklobzija reported.

Goalie Ryan Miller dazzled during the Sabres’ 1-0 loss to the Ottawa Senators on Friday and spoke with reporters following his 45-save effort. Backup Jhonas Enroth appeared to be fine on the bench throughout the night. Many expected Enroth would get tonight’s nod.