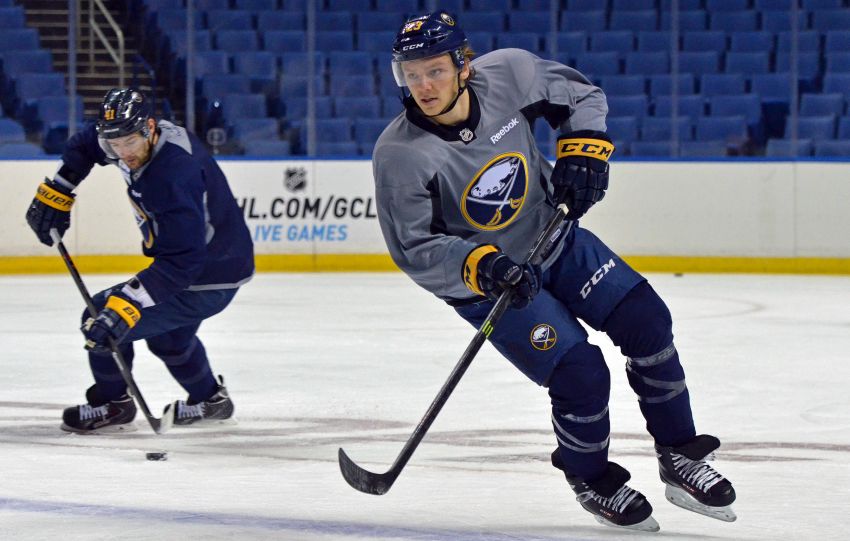 BUFFALO – Top Sabres prospect Sam Reinhart’s AHL debut with the Rochester Americans is in on hold.

The 19-year-old center, the No. 2 pick in June, has a nagging injury and will likely play for the team in one week, according to WHTK’s Rob Sanderson. It was expected Reinhart would play tonight when the Amerks host Toronto.

The Sabres assigned Reinhart to Rochester on Thursday, three days after his junior season ended.

In other news, the Sabres have recalled defenseman Chad Ruhwedel from Rochester to replace Andre Benoit, who’s out with an upper-body injury. The Sabres play their final road game this season tonight against the Columbus Blue Jackets.