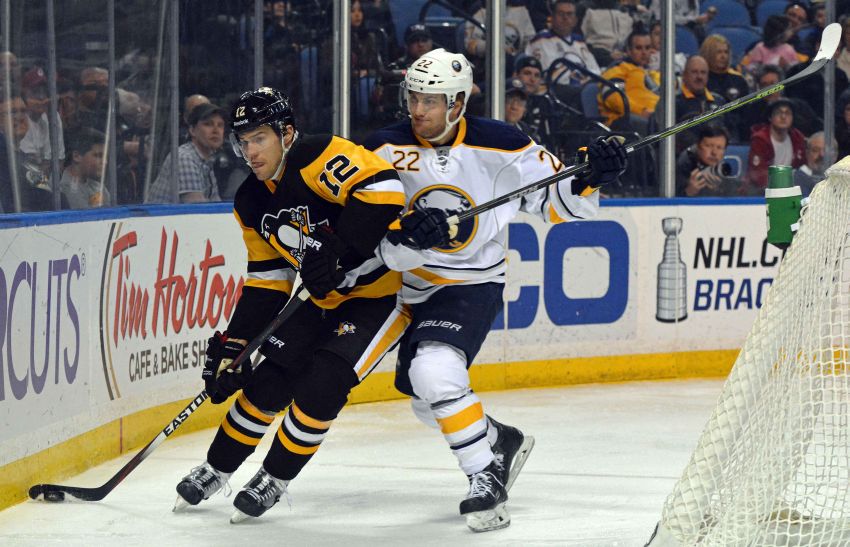 BUFFALO – The Sabres have re-signed center Johan Larsson to a one-year, $800,000 contract, according to a Swedish newspaper report.

The Sabres now only have one unsigned restricted free agent, winger Jerry D’Amigo.

Larsson finished last season as the Sabres’ No. 1 center, scoring four goals and 14 points in his final 20 games. The 22-year-old Swede, however, struggled earlier when he played on checking lines. He scored six goals and 16 points in 39 total NHL games last season. He also had 15 goals and 40 points in 44 appearances with the AHL Rochester Americans.

The Sabres acquired Larsson in the Jason Pominville trade with the Minnesota Wild in 2013.