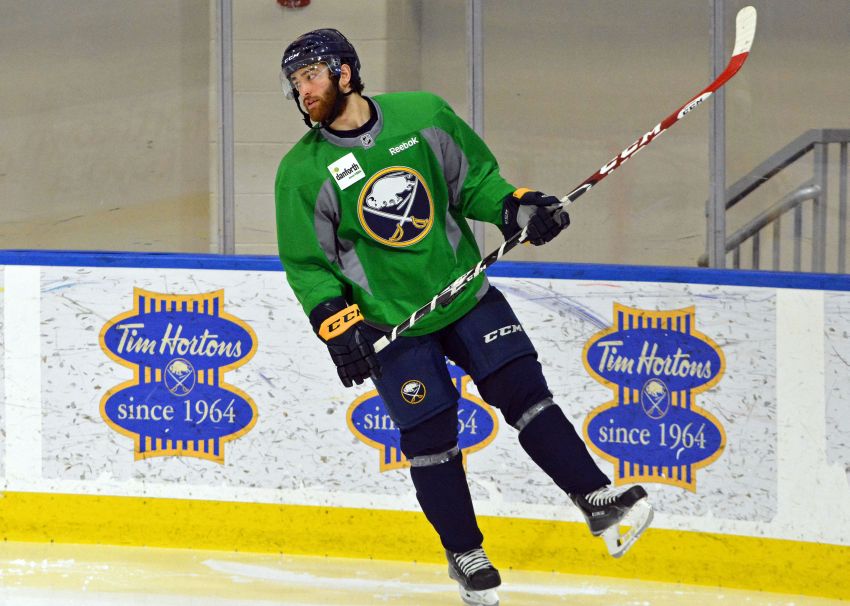 D’Amigo played nine games with the Sabres last season, compiling zero points and four penalty minutes. The 24-year-old Binghamton native will likely begin next season in Rochester, where he had six goals and 19 points in 31 games with the AHL Americans in 2014-15.

The Sabres acquired D’Amigo from the Columbus Blue Jackets for forward Luke Adam on Dec. 16. D’Amigo, the 158th overall pick by the Toronto Maple Leafs in 2009, has one goal and three points in 31 NHL appearances.