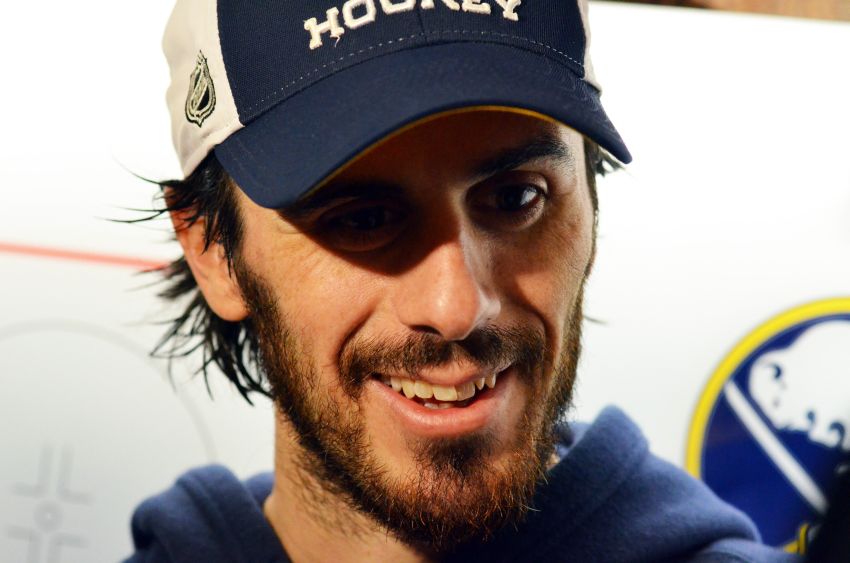 BUFFALO – On the eve of what could be his 500th and final appearance with the Sabres, goalie Ryan Miller wouldn’t speculate about his future.

Instead, the 32-year-old mostly delved into a past that has made him one of the franchise’s all-time greats.

At times, Miller’s six-minute chat with the media Thursday sounded more like a goodbye than a reflection of his first 499 games.

He called Buffalo his “second home.” He smiled and spoke about becoming part of the community and giving back.

In the wake of last Friday’s 8-4 home loss to the New York Rangers, a game he sarcastically saluted the crowd in between two Bronx cheers, Miller could be next.

On Thursday, Miller, who has one year left on his contract, wanted to make something clear.

“I’m not mad at the fans,” Miller said after preparing for the Isles inside the First Niagara Center. “It’s what I don’t understand. It’s the heat of the moment. You get emotional.”

It got ugly against the Rangers before Miller was mercifully yanked. It felt like he might never play another game for the Sabres.

Miller said he cares “about the people here.”

Miller bounced back nicely Tuesday in Pittsburgh, stopping 40 shots in a 4-2 win over the mighty Penguins. Following the game, he said he wanted to play tonight.

Miller’s milestone “means a lot,” he said. Sixty-one NHL goalies have already cracked 500 games. He would become the 20th netminder to reach it with one club and the 12th from that group to do it from the start of his career, according to the Sabres.

“I’d love to say I had some Stanley Cups to go along with this,” Miller said. “But that’s just the nature of things. Every year in this league is a difficult battle.”

Interim Sabres coach Ron Rolston added: “To be able to play that many games and (enjoy) that kind of consistency and success is amazing.”

Miller won’t approach tonight’s start any differently than the first 499.

Miller, always reflective, recalled signing his professional contract nearly 11 years ago inside the FNC, then called HSBC Arena. He walked out and looked where the ice would be.

Game No. 1 came Nov. 19, 2002 in New Jersey against the Devils and iconic goalie Martin Brodeur.

“I remember the flight in more than anything,” Miller said. “It was a bad flight and it was my first NHL game. That was pretty special even though we ended up losing that game (4-3 in overtime).”

The Sabres took a 2-0 lead into the third period.

“Then I think I figured out where I was, playing against one of my heroes at the other end,” Miller said.

Miller cracked the NHL for good in 2005-06. He won the Vezina Trophy in 2010, the same year he backstopped Team USA to a silver medal at the Vancouver Olympics, briefly becoming one of the country’s most popular athletes.

But he hasn’t sniffed much NHL team success since backstopping the Sabres to consecutive Eastern Conference final appearances in 2006 and 2007.

That decade could be ending soon.