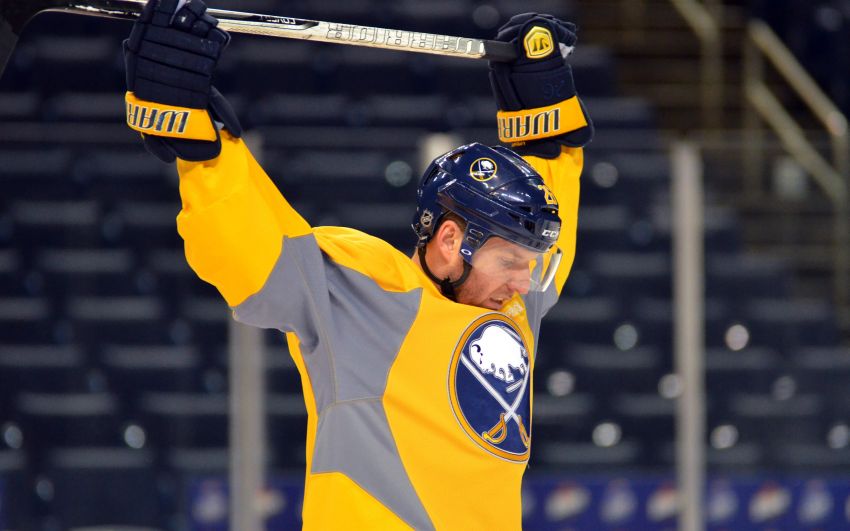 BUFFALO – So, has slick winger Thomas Vanek given thought to tonight possibly being his last game with the Sabres?

“A little bit,” Vanek said this morning inside the First Niagara Center. “But at the same time, not really because I do have a year left (on my contract). We’ll see.”

Some Sabres will almost certainly be making their final appearance in blue and gold during tonight’s season finale against the New York Islanders.

It’s believed goalie Ryan Miller, who will play his 500th game tonight, could be dealt this offseason.

Vanek, like Miller and some other veterans, plans to talk to management about the Sabres’ plans for the future shortly.

“I would like to know what the plan is,” Vanek said. “From that standpoint on, I’m sure we’ll talk over the next week or so.”

Vanek has enjoyed an outstanding season, compiling 20 goals and 40 points in only 37 contests. Over a full 82-game season, those numbers equate to 44 goals and 89 points.

The 29-year-old, an assistant captain, can envision himself leading youngsters and even being the captain, something the Sabres haven’t had since trading Jason Pominville earlier this month.

“Even though I’m disappointed we lost out,” Vanek said, “you still have to bring the right attitude and play the right way. … Yeah, I can see myself in that.”