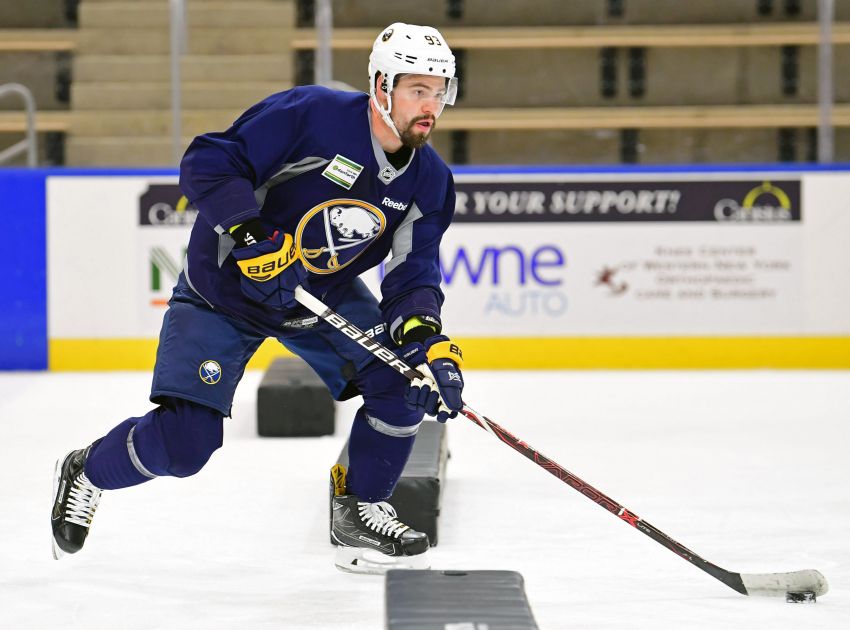 Buffalo Sabres defenseman Victor Antipin is “doing good” after being transported to a Nashville hospital following a scary hit from behind in Saturday’s 7-4 win against the Predators, coach Phil Housley said.

Update: Antipin has been released from the hospital, according to the Sabres. The team will provide more information later today.

At the 14:09 mark of the second period, Predators forward Scott Hartnell hit Antipin in the back at the end boards, knocking the rookie’s head against the glass. Antipin, who couldn’t brace for the hit, immediately fell to the ice and stayed motionless.

Following several minutes, the Russian was transported off the ice on a stretcher.

“We haven’t talked to our doctors, we’ll know more tomorrow,” Sabres coach Phil Housley told reporters following his return to Nashville, where he spent four seasons as an assistant. “As far as I know, he’s doing well right now.”

“The guys rallied around Victor … and that was the difference in the game,” Housley said.

Housley wouldn’t comment on whether the hit was dirty. He expects the NHL to review the play.