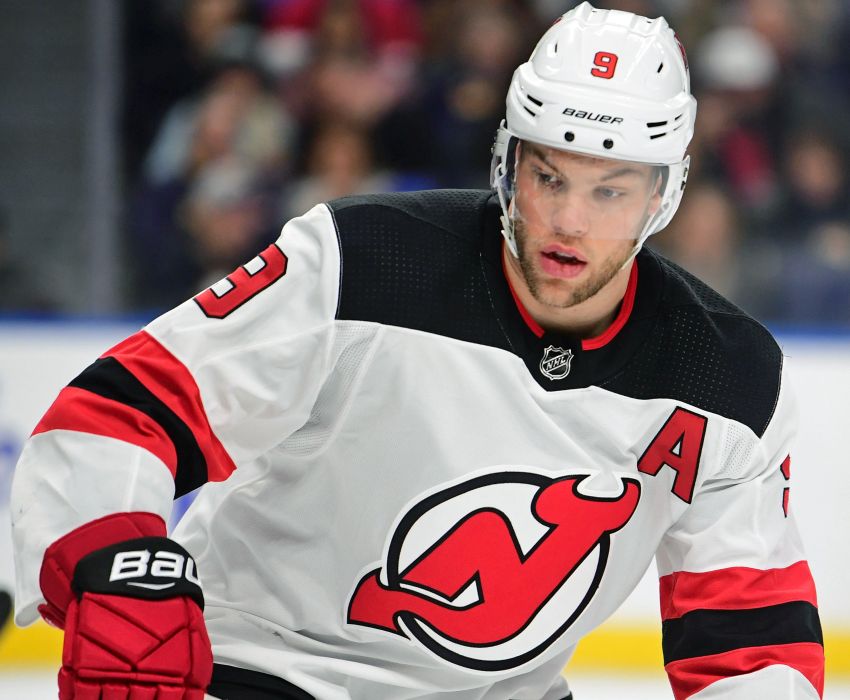 Before free agency started, Taylor Hall knew in the back of his head joining the Buffalo Sabres could be a terrific opportunity.

“If it came down to it,” an excited Hall said on a Zoom call Monday, a day after stunning the hockey world by signing a one-year, $8 million contract with the Sabres.

Hall, 28, had plenty of options to explore. After the market opened Friday, Sabres coach Ralph Krueger, who knows Hall from their days with the Edmonton Oilers, texted him.

“That put the bug in my head right off the bat,” Hall said of the Sabres.

But Hall and his agent, Darren Ferris, had other suitors they needed to talk to and examine.

In the past, Hall’s dynamic talents likely would’ve earned him long-term offers worth tens of millions of dollars. But the COVID-19 pandemic has decimated finances and created uncertainty. Right now, teams can’t make that kind of commitment.

Hall learned how much the pandemic had transformed the normally lucrative market.

So instead of pursuing a six- or seven-year contract, Hall decided finding a one-year deal might make the most sense for him financially and personally.

That’s when joining the Sabres started appealing to Hall, the 2017-18 Hart Trophy winner as NHL MVP.

“When I sat down with my agent and I talked to my dad and people close to me, it started making more and more sense,” Hall said.

Adding Hall should lift the Sabres, who have endured years of losing. Krueger, general manager Kevyn Adams and owners Terry and Kim Pegula wooed a coveted player to Buffalo.

It was a rare win for the franchise.

“This was very important for us to move the entire franchise forward because we do have excellent players in our ranks,” Krueger said on a Zoom call later Monday.

Hall acknowledged by accepting a short contract, he’s betting on himself and the Sabres, who have an embarrassing nine-year playoff drought. If he plays close to his level from three years ago, that mega contract could materialize next year.

But Hall, who lives in Toronto, said he’s “very interested” in making Buffalo his long-term home.

Krueger believes the Sabres can keep Hall, who played for three teams – Edmonton, New Jersey and the Arizona Coyotes – over a four-year stretch.

“If we get this atmosphere right, we get the results right, and he’s having fun, that will be a major driver in him,” Krueger said. “He has changed teams a few times these last few years. That’s not really in his character. He is somebody that would prefer something constant and the parameters to be consistent.”

Hall understands the Sabres have struggled throughout the last decade. Still, the winger wanted to take a critical look at the team and what it could offer him.

In captain Jack Eichel, 23, and defenseman Rasmus Dahlin, 20, the Sabres possess two elite young players. Hall and coach Ralph Krueger developed mutual respect during their three years together with the Oilers. Hall also noticed the success the Buffalo Bills have enjoyed under the Pegulas, who also own the Sabres.

“When you break it down and you have an open mind about things and you’re able to maybe look past the smoke that has surrounded the Sabres the past couple years, I think you see a team that has elite players, ownership that’s really committed to building a winner – I’ve seen what they’ve done with the Bills – and a coach that I feel can get a lot out of his players,” Hall said. “On a one-year contract, I think both sides are eager to see how this works out and there’s obviously a lot of possibilities for the future.”

Hall mentioned looking “past the smoke” and “under the hood” a few times during his 22-minute chat with the media. The Sabres, of course, have earned a reputation as the NHL’s laughingstock.

But he watched the Sabres’ torrid start last year under Krueger – they annihilated New Jersey by a combined score of 14-3 in two wins – and has developed an understanding of Buffalo and its fans over his 10-year career.

“I saw the team hire Ralph and I saw the team start off really well and have some really good momentum behind him last year,” he said. “Obviously it didn’t work out, but I think Buffalo is a team, whether guys realize it or not, that everyone around the league kind of pulls for them. It’s a good city. They have passionate fans. They have a fan base that’s starving for a winning team and hasn’t had that lately.

“It’s a situation where you go in and improvement is going to be seen as a positive thing. That’s a good situation to go into. Sometimes if you go to the best team in the league and they don’t do well maybe it’s seen as a disappointing thing. I think there’s a lot of positivity that can come from this.”