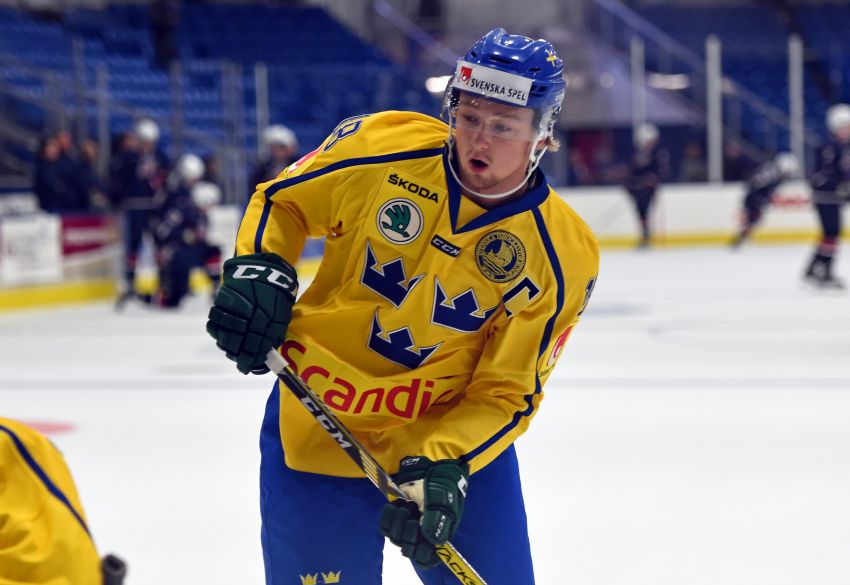 Where will Buffalo Sabres prospect Rasmus Asplund end up next season?

Asplund, the 33rd overall pick June 25, has already played two seasons of professional hockey at home. The talented center could return to the Swedish Hockey League in 2016-17. Or he could skate in North America, either with the Sabres or their AHL affiliate, the Rochester Americans.

Wherever Asplund, 18, plays, there’s a good chance he’ll be leaving in December for the world junior championship. Right now, as you can see from the photo above, Asplund’s captaining Sweden’s top squad at USA Hockey’s national junior evaluation camp in Plymouth, Mich.

Our esteemed photographers Dan Hickling and Margaret Heath are there. Follow them for more cool pictures from the camp.