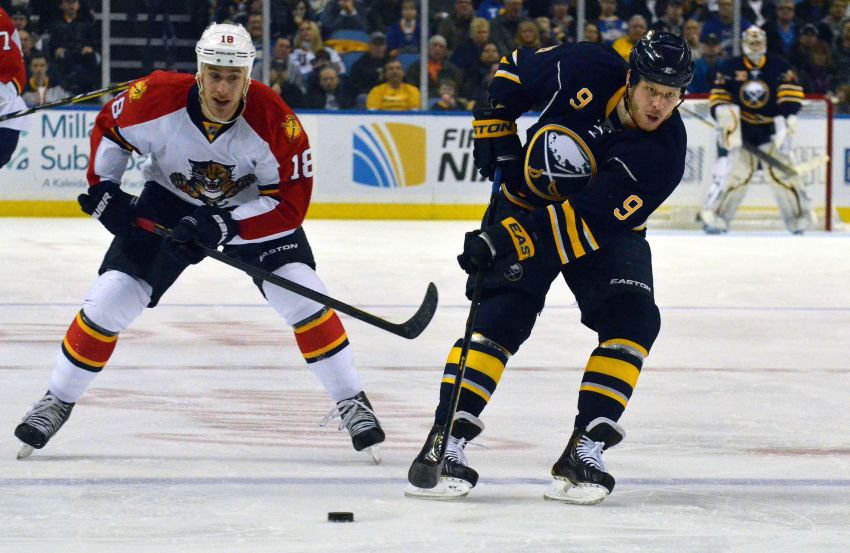 BUFFALO – The Sabres’ power play is awful, and their legions of fans know it. Not only does it rank 30th, it’s operating at a paltry 11.2 percent. No one else is lower than 13 percent.

“Only thing you could ask for maybe is to get a little bit of (the) fans’ support when you’re winning 2-1 and they’re booing you,” Ott, who has made similar comments on Twitter, said Tuesday. “You tend to make the team lose a little bit of energy, and in those certain instances you wish you’d get some energy from your fans.

With the Sabres struggling so badly on the man advantage, Rolston has made some interesting personnel choices. The second forward unit much of Tuesday consisted of Brian Flynn, Kevin Porter and Drew Stafford, who have a combined four goals this season and zero on the power play.

Despite some foibles against the Rangers, Ott thought the units generated some chances.

“How many scoring chances did we have (Tuesday)? Cody Hodgson has two goals on his stick. So you tell me,” Ott said to a reporter. “I mean, those two goals go in, our power play looks like a million bucks. No one freaking remembers that offside. Who cares about that other (stuff)? We’ll continue to work on it. I think we’ll continue to get better on it. It can’t get any worse, right?”

The Sabres’ power play is zero of its last eight in the past three games and three of 39 in the past 11 contests. The team converted two of its 14 chances during the four-game skid.

Naturally, the Sabres’ 13th-place standing will lead to trade speculation. On Tuesday, former player Nick Kypreos, an analyst on Sportsnet, a Canadian cable network, said goalie Ryan Miller’s name is starting to “float around.” The Sabres “dearly” want to move him before April 3 trade deadline, he noted.

“He’s not going to get a contract extension, and it’s time to move on off of Ryan Miller,” he said.

Miller has one year and $6.25 million left on his contract after this season.

“Ryan Miller’s days are numbered in Buffalo,” Kypreos said, adding he could be moved this summer or next season.

Miller can submit a list of eight teams he could refuse a trade to, according to capgeek.com.

When rumors swirled last season, Miller passionately made it known he wanted to stay in Buffalo, saying, “This is where I wanted to win.”

“He’s got poise back there, so he can make a good first pass to get us out of the zone. But I thought it was a real good first step for him.”

Sabres winger Marcus Foligno on his first goal Tuesday, a score in which he grabbed Christian Ehrhoff’s hard shot off the end boards beside the net and backhanded the puck between his own legs before quickly shooting it: “It’s just something that you try in practice, and maybe you get a time in a game you get to do it.”

Foligno scored again later, giving him more goals in one game than he had in his first 25 this season.

In his return from a healthy scratch Tuesday, 18-year-old rookie Mikhail Grigorenko skated a season-low 4:51 on the fourth line between John Scott and Nathan Gerbe.

Leino looking for chance to show his worth to Sabres