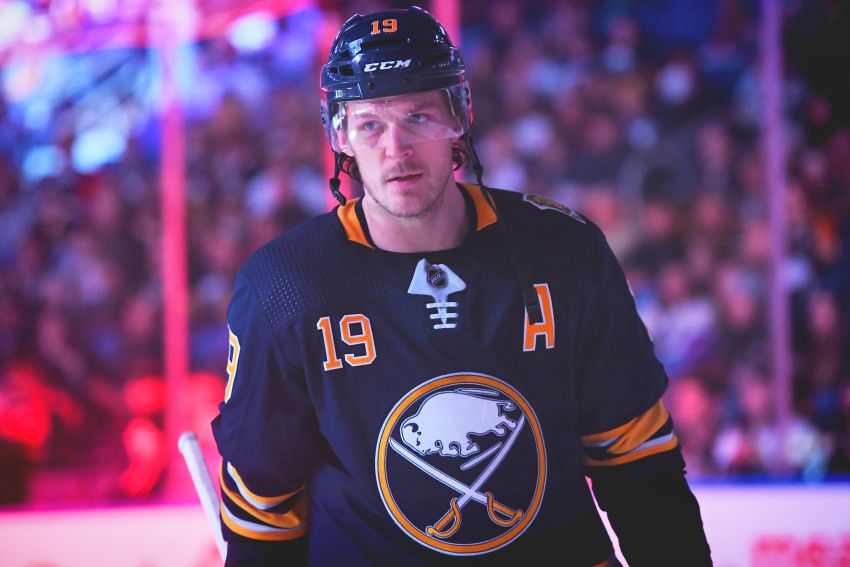 Frolik, 31, is still going through the immigration process, according to the team.

“We’re hoping that that all goes well and that he joins us tomorrow, but we won’t know that until some other issues are cleared up this afternoon,” Sabres coach Ralph Krueger said following today’s practice inside KeyBank Center. “Of course, the hope as coaches is that you get a good day of practice with him before the St. Louis game (Thursday).”

In other news, an upper-body injury will sideline defenseman Jake McCabe for Thursday’s road game against the Blues, the Sabres announced today.

“We’ll just go day-to-day but right now we’re pretty confident he’ll be back with us on Friday,” Krueger said of McCabe’s status.

With McCabe sidelined, the Sabres recalled defenseman Lawrence Pilut from the Rochester Americans this morning.

Check back later for a full story on Pilut, who practiced today beside Brandon Montour.

Krueger said he expects Eichel and Okposo to be back “in full force” Wednesday.

“There are minor issues there that we just feel better taking three days away from having contact,” said Krueger, whose team had Monday off following Sunday’s skills challenge.