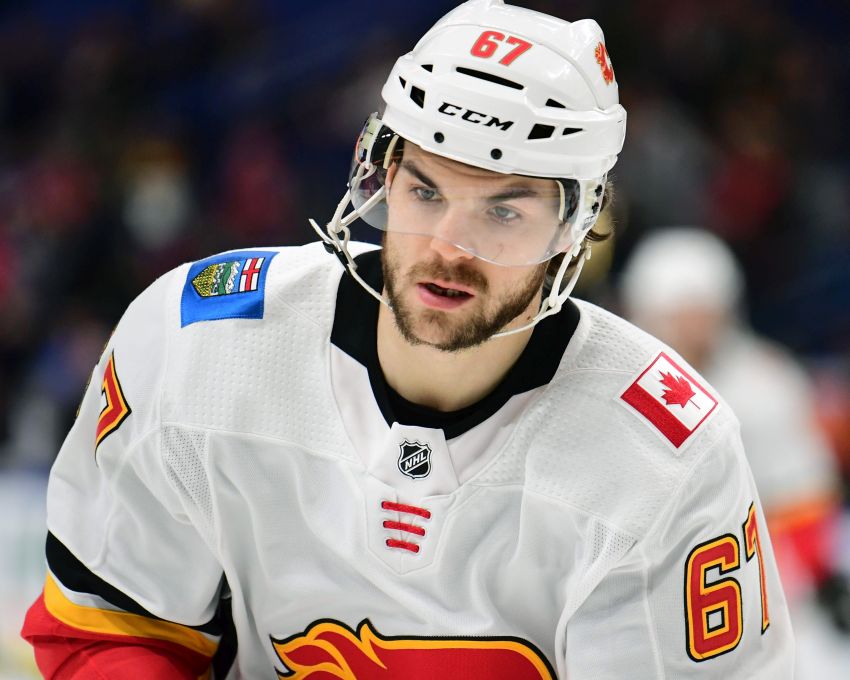 BUFFALO – Like a lot of NHL players, Michael Frolik’s role started changing after he turned 30. His minutes dropped. He even became a healthy scratch.

After spending most of his tenure with the Calgary Flames skating on the second line with Mikael Backlund and Matthew Tkachuk, the Czech winger often played under 10 minutes this season.

“I wasn’t really happy with my role,” Frolik, 31, said on a conference call Friday to discuss his trade to the Sabres.

So Frolik, according to multiple reports, waived his 10-team no-trade clause. On Thursday, the Flames dealt him to the Sabres in exchange for a 2020 fourth-rounder. The Sabres had just sent the Montreal Canadiens defenseman Marco Scandella to acquire the pick.

Frolik, who has played 831 NHL games, won’t play this afternoon against the Florida Panthers at KeyBank Center. He said he started working on his visa Friday morning and was still in Calgary.

“Hopefully I can be there pretty soon,” he said.

The Sabres sorely need help up front. Their forward depth was weak before rookie Victor Olofsson and Jeff Skinner were both injured in the last week.

While Frolik has compiled 158 goals and 380 points over 12 seasons, he has morphed into more of a role player. He could provide an impact killing penalties, an area he excels at and the Sabres have often struggled.

“He’s just a very smart player in the way he manages his game on both sides of the puck,” Sabres coach Ralph Krueger said. “He can make a play with the puck but without it he’s very strong in his decisions as far as positional play is concerned and being responsible for the team.

“He’ll be an excellent penalty killer for us and also somebody who can mentor this group in managing leads and dealing with in-game situations that we’re still learning to get better at that, in the end, decide the scores. We’re excited about the wealth of experience he’s going to bring into our room and just the person that he is.

Krueger said he asked some coaches about Frolik and heard “nothing but compliments on the human being that he is.”

Frolik, who won the Stanley Cup with the Chicago Blackhawks in 2013, acknowledged a few times his difficult situation in Calgary made him unhappy. Still, he refused to say much more.

“All I want to say is I want to thank the Calgary Flames, what they did here for me,” he said. “We had a great time here with the family, and I don’t really want to go into that, but I’m happy for the new opportunity.”

Frolik knew his days in Calgary would likely be ending soon.

In his last appearance Tuesday, he scored his fifth goal this season and skated 14 minutes, 10 seconds in the Flames’ 5-3 loss to Chicago.

“It’s frustrating, right?” said Frolik, who scored four goals in his last nine outings with Calgary. “When things don’t go well, it’s not easy and you get frustrated. I felt that my time here in Calgary was probably getting to be over and I think it was just time to move on.”

Having played in the Western Conference for nearly 10 years, Frolik doesn’t know a lot about the Sabres.

“I just heard great things about their group and about the coaching staff,” he said. “I’m just really looking to go there and be myself and we’ll see how it plays out. Obviously, looking forward to getting more ice time than I was getting here in Calgary and prove to myself that I can be that player I used to be.”