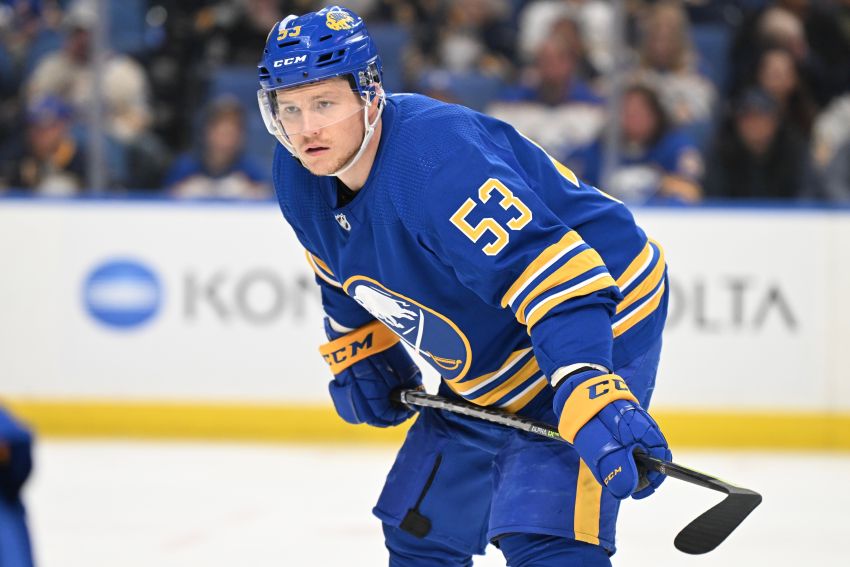 BUFFALO – Winger Jeff Skinner understands that by cross-checking Jake Guentzel in the face and receiving a match penalty late in Friday’s 4-3 overtime loss to the Pittsburgh Penguins, he cost the Sabres an opportunity to win the game.

With Skinner ejected and the Sabres forced to kill off a five-minute major penalty in overtime, Jeff Carter scored the winner, depriving them of a precious point.

“It’s unfortunate timing and probably cost us a point there,” said Skinner, who earned a three-game suspension from the NHL. “So that’s a tough feeling. Something that you learn from. I thought they did a good job, obviously, killing the last 20 seconds to get it to OT. And then that’s a tough task, I think, for them to kill the whole thing off.”

Skinner offered no opinion on his suspension.

The genesis of the incident took placed with 22 seconds left in the third period, when Guentzel hit Sabres goalie Craig Anderson’s hand as he froze the puck. Skinner took umbrage and went after Guentzel.

After the players slashed each other, Skinner cross-checked Guentzel twice, the second time in the face.

“It’s one of those things where it happened, and they made their decision,” he said following Monday’s practice at KeyBank Center. “And for me, it’s just move on.”

Skinner’s 13 goals and 32 points are both tied for second on the Sabres. He skated as an extra in Monday’s session.

Winger Vinnie Hinostroza, out the last five games with an undisclosed injury, practiced Monday and is considered day to day, according to the Sabres.