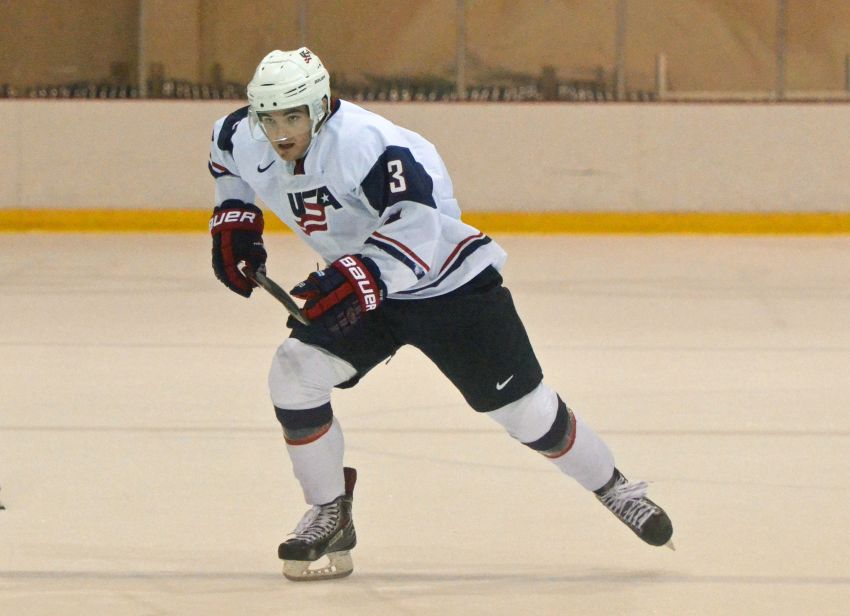 For the 2020-21 Vezina Trophy winner and a regular on the past two Stanley Cup champions, the Blackhawks sent a minor leaguer to the Vegas Golden Knights and a contract the Tampa Bay Lightning will stash on long-term injured reserve.

Earlier in the month, the Arizona Coyotes took forward Andrew Ladd and defensemen Shayne Gostisbehere and Anton Stralman and absorbed $15.5 million in cap money. For their troubles, the Coyotes received four second-round selections, a conditional third-round pick and a prospect. Two of the deals were for future considerations. The Coyotes only gave up a seventh-round pick.

On Wednesday, the New Jersey Devils gave defenseman Will Butcher and a fifth-round pick in 2022 to the Sabres so they could create room for defenseman Dougie Hamilton’s whopping seven-year, $63 million contract.

The Sabres sorely need hefty contracts to help them reach the NHL salary floor and an infusion of talent, so GM Kevyn Adams was happy to take Butcher, who carries a $3.73 million cap hit and is entering the final season of his three-year, $11.2 million contract.

“The position we’re in is we could look around the league and identify potential situations where we really like a player,” Adams said Thursday inside KeyBank Center. “Maybe they’ve become expendable on another team. They’re looking to move on. You saw what New Jersey did (Wednesday) with their signings. So that provided an opportunity for us to bring in a player we really had targeted. We think he’s had a good career in a short time.”

The 5-foot-10, 190-pound Butcher, 26, offers the Sabres an intriguing talent. The Wisconsin native won the Hobey Baker Award as the nation’s top player and captained Denver to a national championship as a senior in 2016-17.

The Sabres’ old regime pursued Butcher in 2017 after he passed on signing with the Colorado Avalanche, the team that drafted him in the fifth round in 2013, 123rd overall. He was even photographed carrying a Sabres equipment bag after visiting the team.

But Butcher choose the Devils, and he enjoyed a terrific rookie campaign in 2017-18, scoring five goals and 44 points in 81 games. He endured a rough year last season under new Devils coach Lindy Ruff, becoming a healthy scratch and compiling just one goal and 11 points in 23 contests.

“He’s got offensive talent and can produce from back end,” said one scout who has watched Butcher throughout his career. “The downside is his size and strength in battle areas. Defensively he might have some hiccups but he can help offensively and on the power play.”

“We think there’s upside to his game,” Adams said of Butcher. “Donnie Granato’s coached him before. A high-character guy. Last year of his contract, so there’s incentive to see where we’re at. But those are the types of things that we put a lot of work into for weeks and weeks leading up to when it happened (Wednesday) to be prepared for that.”

Four of the Sabres’ new acquisitions – Butcher and forwards John Hayden, Sean Malone and Ryan MacInnis – played for Granato at the USNTDP.