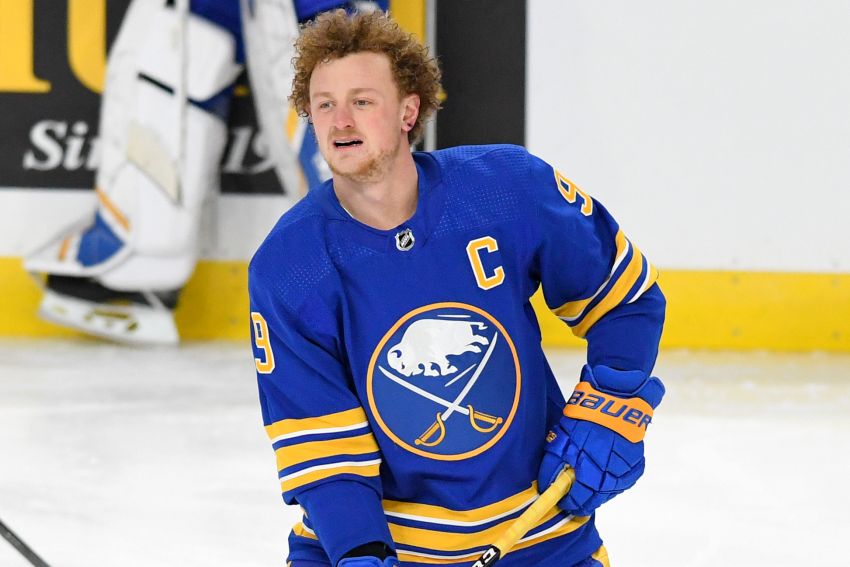 Jack Eichel’s agents issued a statement Friday night in which they say the Buffalo Sabres are preventing the 24-year-old from playing by refusing to let him undergo artificial disc replacement surgery in his neck.

“Repeated requests (for surgery) have been made to the Sabres since early June to no avail,” wrote the agents, Peter Fish and Peter Donatelli.

Fish and Donatelli gave the 193-word statement to The Buffalo News’ Lance Lysowski and The Athletic’s John Vogl a day after general manager Kevyn Adams said the Sabres are “in control of this process” and he feels no pressure to trade Eichel, his captain and most talented player.

The agents wrote they expected Eichel would be traded by the time NHL free agency opened Wednesday and “the process is not working.”

“The process is stopping Jack from playing in the NHL,” they wrote.

According to the agents, after the conservative rehabilitation period the Sabres and Eichel’s camp agreed to ended in early June, the team’s medical staff determined surgery was required.

Adams has said several times that team doctors don’t want Eichel to have the disc replacement surgery, which has never been performed on a hockey player.

“The recommendation by Jack’s independent neurosurgeon, other spine specialists consulted, and the surgery Jack feels most comfortable having in order to correct a herniated disc in his neck is to proceed with Artificial Disc Replacement surgery,” the agents wrote. “A further point of concern is that our camp was initially under the impression that the Sabres specialist was in agreement with the Artificial Disc Replacement surgery until that was no longer the case.”

According to the agents, Eichel would be ready to play when the NHL season starts in October if the Sabres allowed him to undergo surgery today. Eichel hasn’t played since injuring his neck March 7.

On May 10, Eichel said he felt a “disconnect” with the Sabres over their handling of the injury.

The center has five seasons remaining on his eight-year, $80 million contract.