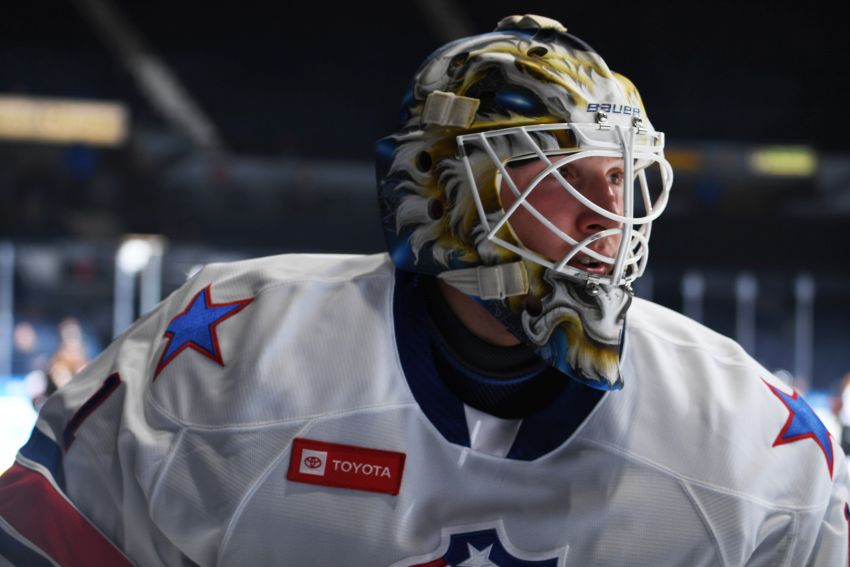 BUFFALO – The reeling Sabres, who have two injured goalies and another in COVID-19 protocol, this morning recalled prospect Ukko-Pekka Luukkonen from the Rochester Americans.

Luukkonen, 22, stepped on the ice as the Sabres were beginning their practice inside KeyBank Center.

Goalie Malcolm Subban, who was injured in Saturday’s 6-2 loss to the Carolina Hurricanes, his Sabres debut, isn’t practicing this morning.

In addition to Luukkonen, goalie Aaron Dell and an emergency backup are on the ice.

Luukkonen has compiled a 6-6-0 record with a 3.42 goals-against and an .888 save percentage in 12 games with the Amerks this season.

COVID-19 protocol forced the AHL to postpone three Amerks games last week, so the Finn hasn’t played since Nov. 26. This is his second recall this season. He backed up up Dell for Thursday’s 7-4 loss to the Panthers before the Sabres sent him down Friday.

Update: Coach Don Granato said this afternoon the Sabres are hopeful Subban’s injury is “not significant.”

“There’s some optimism that it’s not,” he said. “But we still don’t have the information. He’ll get more looks today from the doctor, and it could be very simple and it’s pointing that way. So you stay hopeful that’s the case.”

Granato hasn’t named a starting goalie for Tuesday’s game against the Anaheim Ducks.

“I don’t want to make that decision today because (Luukkonen) hasn’t been with us for three days, they’ve been going through COVID down there,” he said. “So he hasn’t had practice time. So not sure on that yet but that could be the case.”