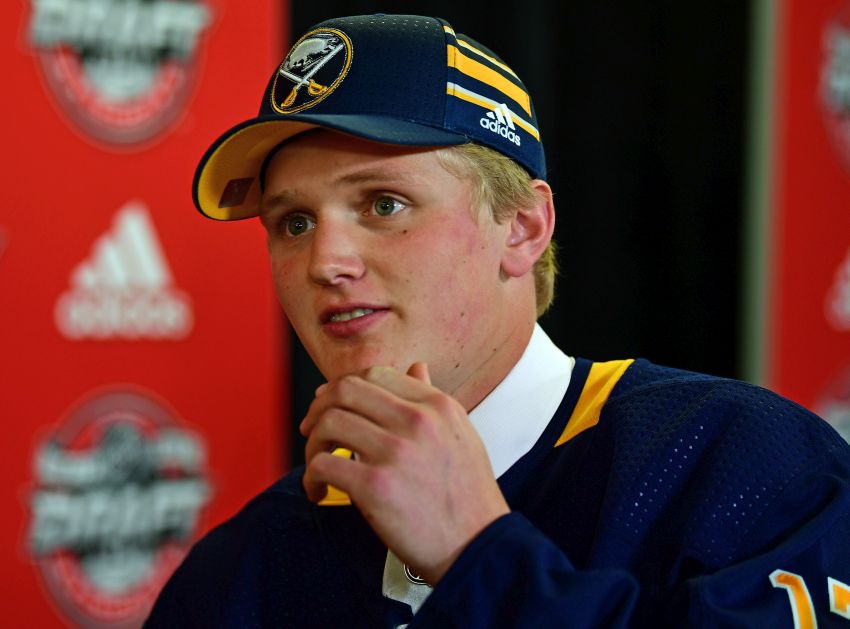 As the picks went by, the 18-year-old Mittelstadt, a high-scoring center from Minnesota, sat nervously in the United Center stands. The Sabres, meanwhile, discussed moving up, general manager Jason Botterill said.

“People were saying how wide open this draft would be, and I think it definitely played out to what people were saying,” said a smiling Mittelstadt in his blue No. 17 Sabres jersey. “Buffalo’s a great place to play.

“Isn’t that the cliche? You got to say, ‘No, you can’t believe they were there,’” he said. “There was a group of players we felt very comfortable selecting.”

Mittelstadt started last season with Green Bay, then left when his high school campaign started because he wanted to win a Minnesota state championship. After falling short of his goal, he returned to the Gamblers.

“It’s someone who’s strong with their own convictions, and, yeah, he made a bold choice to go back (to high school),” Botterill said.

Being American, Mittelstadt said he likes to watch Eichel. While Mittelstadt talked to the Sabres at the combine, he said he “really had no idea” they were interested.

While the NHL was busy with trades Friday, the Sabres didn’t force one. Botterill joked his phone has “sort of been glued to my ear for six weeks.” Deals, he said, don’t have to happen at the draft.

“These things happen at any time,” he said. “I think talks now, you never know when it can transpire, over the next couple days or next week.”