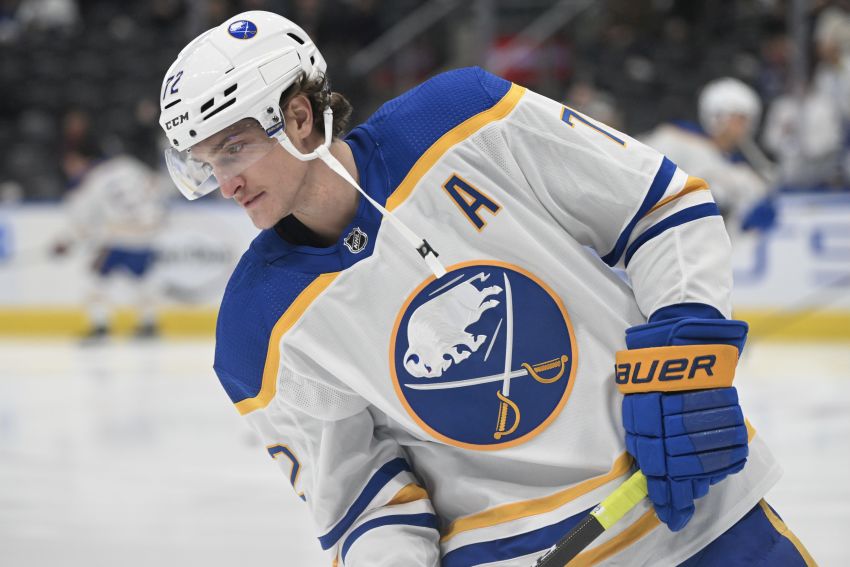 Thompson, 25, continued his torrid production, recording multiple points in each outing as the Sabres went 3-0-0 during the week ending Sunday.

The American scored the game-winning goal in last Tuesday’s 6-0 win over the Los Angeles Kings and Saturday’s 5-2 road win against the Arizona Coyotes.

Thompson recorded three points against the Kings, giving him 44 points in just 29 games. The only Sabres who registered more points before their 30th game of the season were two Hall of Famers: Pat LaFontaine (52 in 1992-93) and Gilbert Perreault (48 in 1974-75).

This is the third straight week and fourth time this season a Sabres player has earned a star honor. The NHL named center Dylan Cozens second star two weeks ago, while defenseman Rasmus Dahlin received first star honors in October.