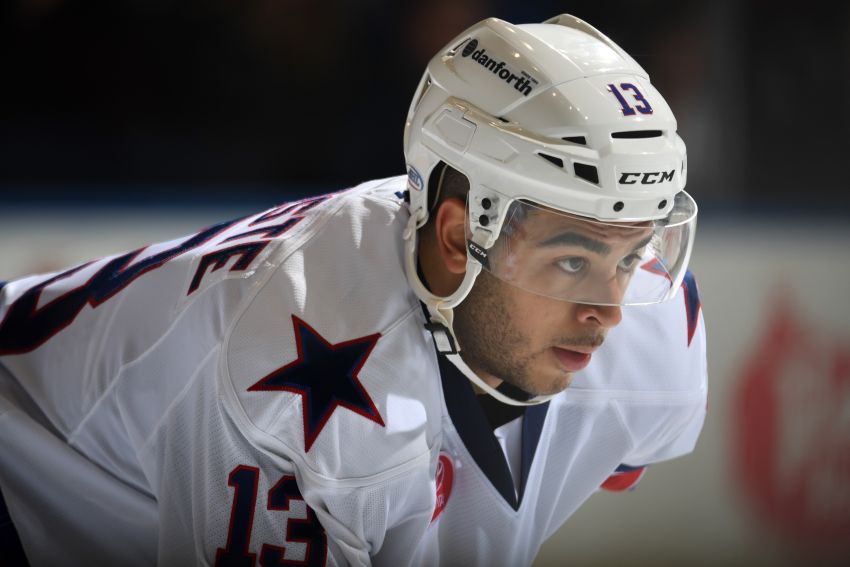 BUFFALO – On a loaded Rochester Americans team enjoying its best season in more than a decade, winger Nick Baptiste has gotten a little lost in the mix.

Through 34 AHL appearances, Baptiste has compiled eight goals and 17 points, numbers that rank eighth and 10th on the Amerks, respectively. The former third-round pick scored 25 times in 59 contests last season.

So if Baptiste, 22, isn’t scoring at his regular pace – he has one goal in the last 11 games – why did the Sabres recall him this morning?

“He’s doing the things that they’re telling him to do,” Sabres coach Phil Housley said following practice inside KeyBank Center. “He’s tenacious on the forecheck, really strong down low, he’s getting to the net more. He’s creating things offensively, so that’s why he’s up here.”

The 6-foot-1, 205-pound Baptiste, who went pointless during a four-game recall in November, said he’s “developed” his game this season, his third as a pro.

“I don’t think it’s changing my role,” he said. “I think it’s finding a way to play at this level, and if you’re not scoring, being able to provide physical play, speed and helping in my D-zone. So I think I (didn’t) change my game.”

He added: “Take care of my end first … with that comes offense.”

With Baptiste, the Sabres have 13 forwards. They start a three-game road trip Monday, so they need an extra forward. Housley wouldn’t say if Baptiste would play Saturday afternoon against Dallas.

Baptiste has played 18 career NHL contests, compiling three goals and four points. At times, he has looked good. Still, he has never done enough to stick around.

Perhaps his recent improvements will help him carve out a regular spot.

“You can’t come up to come up here and just score a bunch of goals all of a sudden,” Baptiste said. “I got to find a way to stay in the lineup and do those things to move myself up the depth chart and eventually be a guy who’s here for the long term.”