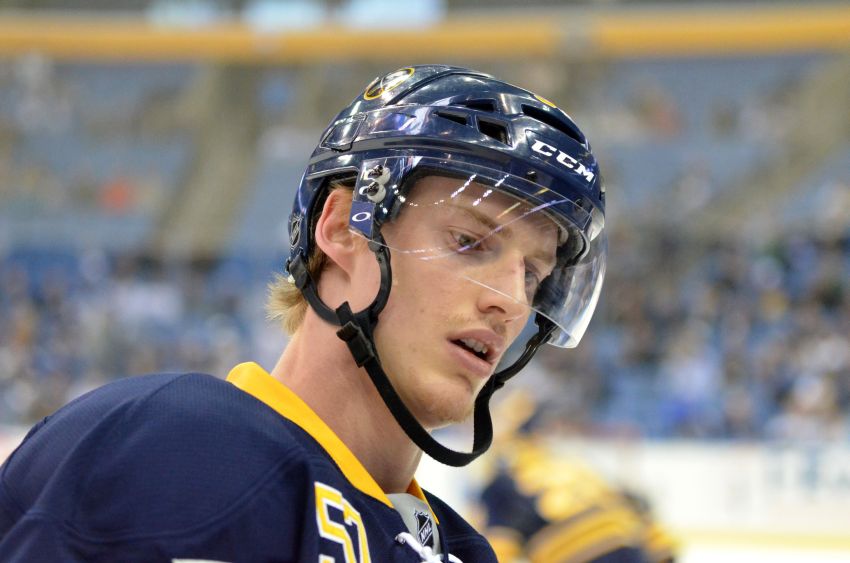 BUFFALO – The end result hasn’t changed much yet. On paper, at least, the Sabres are still a terrible hockey team.

At their current pace, the 6-22-2 Sabres, who have 48 goals, would finish with the fewest points in the shootout era and score the fewest goals in NHL history.

But talk to players and they’ll tell you about the renewed sense of belief Nolan has created inside the dressing room and the improvements they feel they’re making each game.

“It’s not like we’re flat-lined,” center Cody McCormick said Monday after the Sabres prepared for tonight’s tilt against the Ottawa Senators inside the First Niagara Center. “We’re moving up right now.”

If the Sabres continue down their current path, they’re confident they’ll start winning.

“I definitely think it’s getting better,” Sabres defenseman Tyler Myers said. “We’re not getting absolutely abominated like we were in previous games. We’re starting to play as a team, and not only play as a team, but play simple as a team.

“There’s still a lot of work to be done, but we’re definitely heading in the right direction.”

Ennis added: “We know it’s a process, but we’re close.”

McCormick believes the Sabres “have a hockey team in this dressing room, and everybody knows it.”

“We’re working for each other,” he said. “We see everybody kind of working out there. There’s no passengers. You’ll see it in the games, if somebody’s not moving, somebody’s going to tell them. Everybody’s going to be held accountable.”

“If you haven’t got that belief, you’re in the wrong sport and the wrong business,” he said. “You have to do it.”

Saturday’s 3-2 loss in Montreal illustrated the Sabres’ progress. Inside the Bell Centre, arguably the NHL’s toughest rink, the Sabres outplayed the first-place Canadiens, limiting them to 19 shots.

Ultimately, a few rough minutes at the end of the second period burned them.

“We put in a good fight there,” McCormick said.

But in a disastrous season, that’s a sign of moving forward.

Right now, the Sabres are “taking it in little baby steps,” McCormick said.

What exactly has changed since Nolan replaced Ron Rolston on Nov. 13?

Perhaps most importantly, the team’s mindset is shifting.

“It’s not a light switch. We’re still in the process,” Myers said. “It’s going to be a process for a while until we start developing habits, each and every guy developing those simple habits and figuring out how we need to play each game and play it for the full game.”

The Sabres’ starts have improved dramatically, although they’re still being outscored 34-6 during the first period and outshot 373-207. They’ve also cut down the shots against, holding opponents to 24 or fewer three times in the last four games.

Their focus on “simplifying things” has buoyed them, Myers said.

“There’s still times where I think we get back into old habits,” he said. “But you definitely see a lot more simple plays being made, and I think it’s ultimately helping our team game, simple things just even getting pucks out and getting pucks in at the blue lines.”

McCormick added: “We’re not giving up as many bad shots. We’re not taking as many bad penalties. A couple things we’ve cleaned up have helped our games. As soon as we can eliminate more and strive for perfection in a game, we’re going to start winning.”

Instead, players are thinking about more positive things.

“Guys are excited to come to the rink,” Stafford said.