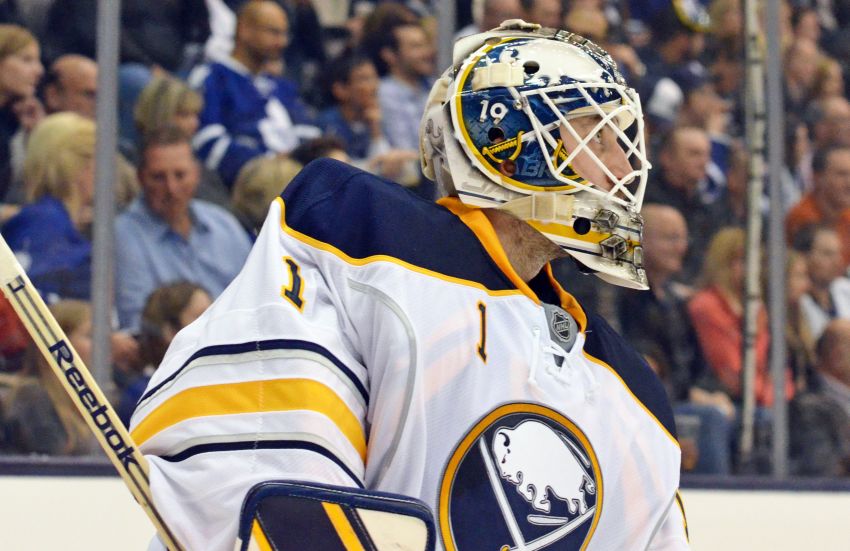 MONTREAL – Finding silver linings in defeats can be difficult, Ted Nolan said. But the interim Buffalo Sabres coach is beginning to see progress in his rebuilding club.

Mistakes, of course, are still part of the team’s game.

“But not as frequent as they were,” Nolan said Saturday following the Sabres’ 3-2 loss to the Canadiens before 21,273 fans inside the Bell Centre.

The hapless Sabres, losers of eight of their last nine games, outplayed the first-place Canadiens most of the night, holding them to just 19 shots.

“We’re getting better,” Nolan said, “but not in the leaps and bounds we’d like to get.”

Several bad minutes and some breakdowns burned them, most notably at the end of the second period, when the Canadiens scored twice in 17 seconds, breaking a 1-1 tie.

“That’s a tough one,” Sabres center Tyler Ennis said. “I think we outplayed them for 55 minutes. For those five minutes, you let down, you turn a couple over, a first-place team is going put them in the back of the net.”

Rookie Sabres winger Zemgus Girgensons added: “I feel like we just pretty much gave it to them because I thought we outplayed them.”

The Sabres frittered away a strong second period when Thomas Plekanec scored from the left circle at 17:44. Alex Galchenyuk followed in almost the same spot at 18:07.

For the Sabres, who’ve scored 48 goals all season, a two-goal deficit is basically insurmountable.

“At the end of the second we pretty much gave the game away,” Girgensons said.

They fought back, though.

Girgensons scored his first goal since opening night – a nifty one, at that – undressing star P.K. Subban high in the slot before roaring in on Habs goalie Carey Price and stuffing it in 4:04 into the third period.

Cody Hodgson nearly tied it in the waning minutes.

Most of the excitement came later Saturday.

Ennis tied it at 8:38, one-timing Christian Ehrhoff’s pass in the right circle. He has two goals in two games, as many as he had in the previous 11.

Ennis, who also assisted on Girgensons’ score, credited his linemates for the resurgence.

“A lot of it has to do with Zemgus and Luke (Adam) really working hard down low, creating chances just off hard work,” Ennis said.

Enroth, who made his second start in a week after waiting two weeks to play, only had limited work.

While he acknowledged some “good hockey goals” beat him, he wanted them back.

He added: “I think on a better night I probably would’ve come up with at least one of those saves. It’s not good enough tonight.”