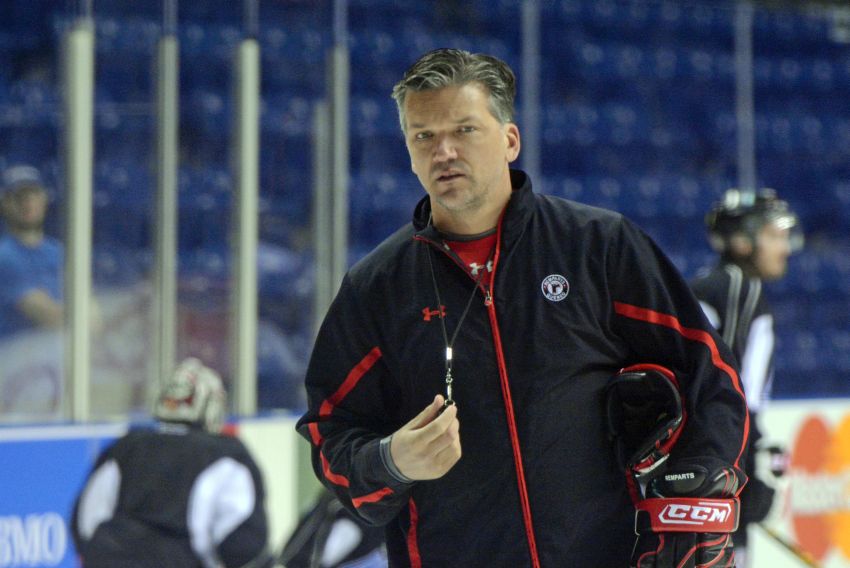 It was February 2009, and Dan Bylsma, a 38-year-old rookie coach, was beginning the arduous task of replacing Michel Therrien and saving the sinking Pittsburgh Penguins’ Stanley Cup hopes. His oldest defenseman, 36-year-old Philippe Boucher, was injured and months away from retirement.

A decade earlier, as Los Angeles Kings teammates, the two had grown close. Boucher greatly respected Bylsma, who carved out a solid career as a journeyman checker after starting out in the ECHL.

“He became a very good player,” Boucher, the Buffalo Sabres’ first-round pick in 1991, said by phone Thursday. “All of that came through heart and hard work and smarts.”

Bylsma’s ascension to an NHL head coach “came as no surprise,” Boucher said.

“Anyone that played with him or against him knew that coaching was in his future,” he said.

Bylsma’s fresh approach – he was close to his players and “very much alive,” Boucher said – immediately transformed the Penguins, who won 18 of their final 24 games.

“I think it was a breath of fresh air for all the guys that had been there in Pittsburgh,” said Boucher, now the coach and general manager of the QMJHL’s Quebec Remparts.

Bylsma, who was named Sabres coach on May 28, and Boucher enjoyed a special coach-player relationship. Given their past history, they understood each other and could talk.

“Obviously, it’s hard to say a friend when he’s coach,” Boucher said. “But we were close. We went through some things together as players, then it was good to see him as a coach again.”

But Boucher wasn’t a factor in the Penguins’ torrid late-season run. A broken foot sidelined him more than two months. He returned for the final two regular-season contests.

By then, he had been passed on the depth chart.

When the playoffs began, Bylsma only dressed Boucher, a veteran of 748 games, occasionally, making his friend a spare part. Sitting Boucher was excruciating for Bylsma.

“We were good friends, and not playing me wasn’t easy for him,” Boucher said. “We were close. It was hard for me to take. I was old enough not to let it show.”

Boucher had never played for a stronger team in his 16 seasons. Still, he understood his role.

“I was old enough at the time to know everybody’s important to a hockey team,” Boucher said. “It was my role.”

Boucher played nine playoff games, including all of the Penguins’ four-game Eastern Conference final sweep of the Carolina Hurricanes. He dressed for Game 1 of the Stanley Cup final, his last NHL appearance. He watched the final six games against the Detroit Red Wings.

After the Penguins won Game 7, Bylsma and Boucher met briefly at center ice during the celebration inside Joe Louis Arena. Two days later, Bylsma told Boucher just how hard sitting his friend had been for him.

“Dan told me, ‘Maybe I’ll be a coach for 20 years … it’ll be the toughest decision I’ve ever made,’” Boucher said. “I just told him, ‘Dan, you’ve made all the right decisions, we won the Cup.’ So we remained friends after that and we’ll remain friends for a long time. I understood the things he was doing. It wasn’t awkward. You know the person. You know how good of a person he is, and obviously it didn’t take too long for me to see he was a good coach.

“I spent a lot of time when I wasn’t playing watching and trying to learn from them … to understand the ins and outs of a hockey team and how to approach the players. I learned a lot watching them, how he treated us in Pittsburgh.”