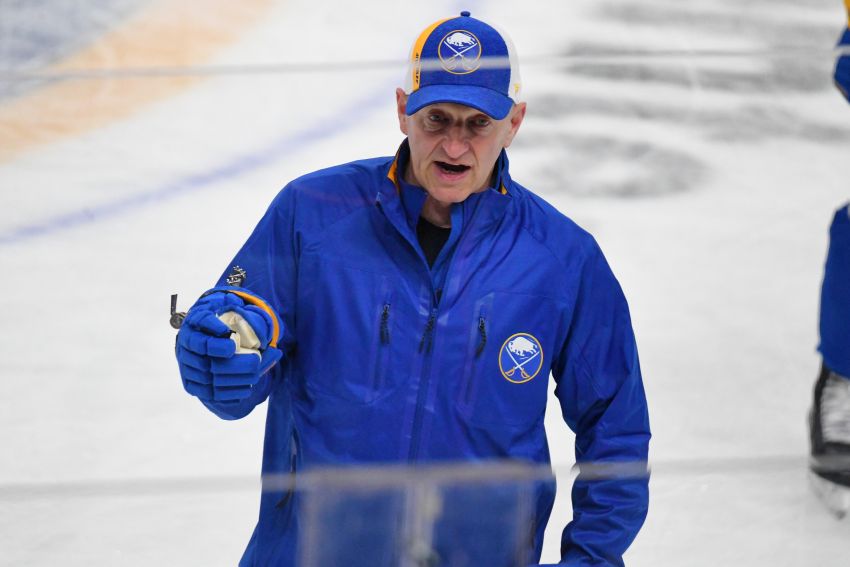 Last season, as the Buffalo Sabres roared out of the gate, starting 9-2-1, coach Ralph Krueger said he felt everything was coming too easy for his team.

“I was never extremely comfortable as a coach,” Krueger said on a Zoom call this morning of his first weeks leading the Sabres.

The Sabres, of course, would plummet down the standings, missing the playoffs for the ninth consecutive season. They finished 30-31-8, meaning they won just 35.6% of their games following their scorching October.

This year, the Sabres have enjoyed a decent start, at least by their standards. Two straight wins have helped them improve to 3-3-1 entering tonight’s game against the New York Rangers at KeyBank Center.

But to Krueger, these opening two weeks have been significant. The Sabres have started handling adversity much better than in the past.

In some early games, the Sabres played well but weren’t rewarded with a win. Goalies Carter Hutton and Linus Ullmark have each missed two games.

“I’m actually way more comfortable with this start and with all of the different challenges that we had to manage,” Krueger said.

Krueger said “this group has stuck with the process.”

Some of that maturation can be traced to the Sabres’ offseason additions. They added a slew of veterans during the offseason. But the players from last year’s group have changed.

“Just growing up to another level,” Krueger said. “Everybody here has come in wiser and smarter and with a more patient attitude when things aren’t going our way and how we can solve that.

“There is a trust in the process here, which is going through the group. We feel very comfortable with where we are right now. The bumps and bruises are always tests of your mettle and your character and the reactions, and the learning that’s come through those has been deep.”

Krueger said in a season shortened to 56-games because of the COVID-19 pandemic, the Sabres want to be in the middle of the playoff race with 20 games remaining.

“Then be one of the teams that rises to the top of the cream,” he said. “We don’t expect to necessarily rise there right off the hop.”

In other news, the Sabres held an optional skate this morning, so it’s unclear which goalie will start tonight.

Krueger said Irwin, who will play again, gives the Sabres an option to rest some defensemen.