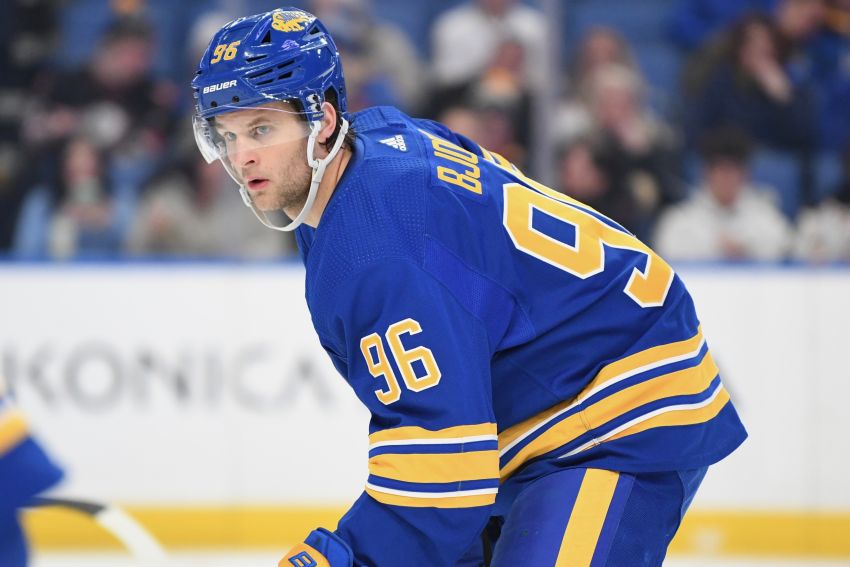 The Buffalo Sabres on Tuesday assigned forward Anders Bjork to the Rochester Americans after he cleared waivers.

Bjork, 26, lost his spot in the lineup late last season and never regained it. The Sabres scratched him for the first two games this season.

The 6-foot, 197-pound Bjork hasn’t played in the AHL since a seven-game stint with the Providence Bruins in 2019-20. He has spent most of his career in the NHL, making just 29 appearances in the minors.

Bjork is in the final season of a three-year, $4.8 million contract he signed with the Boston Bruins in 2020. He has a $1.6 million salary cap hit.

He scored six goals and 22 points in his short stints in Providence.

In other news, the Sabres scratched rookie winger Jack Quinn for Tuesday’s road game against the Edmonton Oilers and inserted Vinnie Hinostroza.

“I don’t think it hurts Jack at all,” Sabres coach Don Granato told reporters in Edmonton. “I think it’s a great opportunity for development. Sit back after a couple of games and take some different things in. He won’t be out long.”